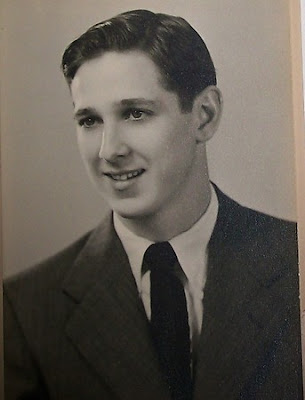 Known as Tom, or Tommy, he graduated from Sandusky High School in 1945, where he was very active in student organizations. During his childhood, he spent a lot of time at his Grandpa and Grandma Parker's farm in Perkins Township, as well as at Cedar Point, where his grandfather was a concessionaire.In 1939, Tom's grandmother, Irene Larkins Risko took Tom on a train trip from Sandusky, Ohio to southern California. Tom Parker attended the University of Princeton before enlisting in the U.S. Navy. While in the Navy, Tom served in the Naval Air Advanced Training Command Unit in Jacksonville, Florida.

Tom married Evelyn Spinello in 1947, and they had three children. Later, they divorced, and each re-married. Tom spent most of his adult life living in California, but he moved back to Sandusky in the 1970's. Steen Thomas Parker died in May, 1977, and burial was at Meadow Green Memorial Park in Huron, which was known as Restlawn Cemetery in 1977. Family members recall Tom's wonderful sense of humor, and were saddened that Tom's life ended while he was so young. 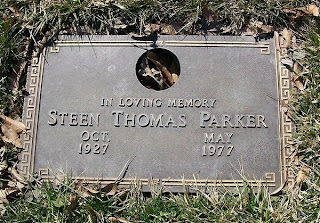 Posted by Dorene from Ohio at 3:13 AM