Sentimental Sunday: Cousins at a Picnic 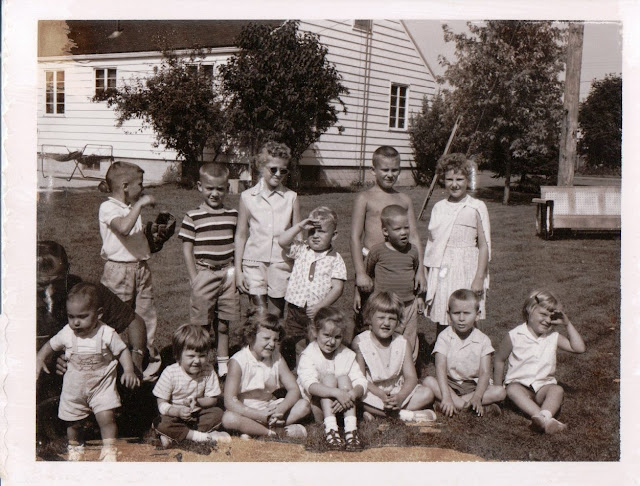 Above are several great grandchildren Andrew and Lena Yeager on the occasion of Grandma Yeager's birthday in 1961. Pictured are: Back row:Paul Orshoski, Jr., Danny or Jimmy Kurtz; Denise Kurtz; Bruce Orshoski., with has hand to his head; Steve Orshoski standing right behind his brother Scott ; Dorene Orshoski.
Front row: Paul Orshoski, Sr., holding Mike Orshoski, Kim Orshoski, Robin Orshoski, Debbie Grams, Susan Orshoski, Richard Grams and Debbie Orshoski. At this time Wayne and Betty Orshoski lived in the house that is seen behind the large group. To the right of the swing, was the home of Paul and Joyce Orshoski, Wayne's brother and sister in law. It was really have to have cousins live next door.

Below is a collage of snapshots from the family picnic (seen previously in this blog.) 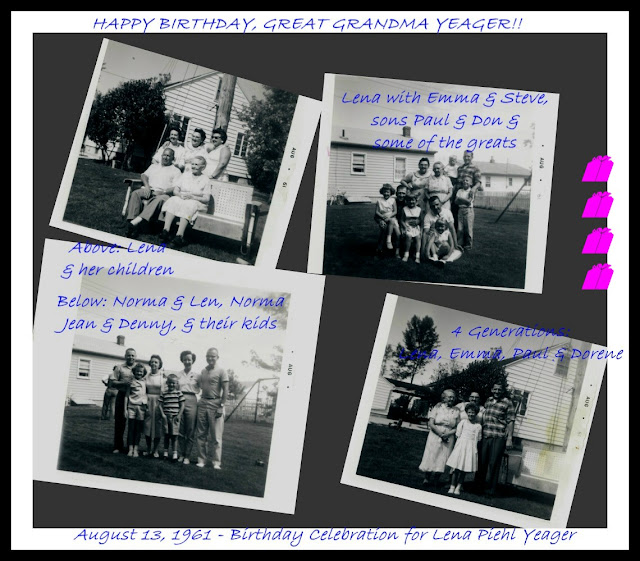 Posted by Dorene from Ohio at 8:03 PM 0 comments 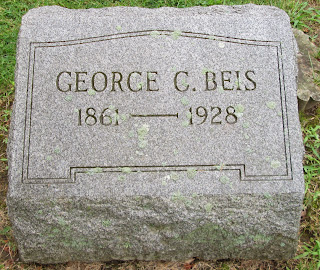 Judge George C. Beis was born in 1861 in Waterville, Lucas County, Ohio. He read law in Toledo, Ohio, in the office of Scribner, Hurd and Scribner. In 1883, he graduated from the University of Michigan, and was admitted to the bar. That same year, he began practicing law in Sandusky, Ohio. According to his obituary, found in the 1928 OBITUARY NOTEBOOK at the Sandusky Library, George Beis "was known as one of the most capable trial lawyers in this section and was especially formidable in criminal matters. He appeared as counsel in many of the more important cases tried in Erie County Courts over a period of nearly forty years." Besides his long career as a lawyer, George C. Beis also served as city solicitor, probate judge, and he was an influential leader in Democratic politics. George C. Beis died on May 14, 1928, at his home at 318 Huron Avenue in Sandusky. He was survived by his wife, the former Lucinda Zerbe, a son, two daughters, three grandchildren, and several other relatives and wide circle of friends. Funeral services for Judge Beis were held at the family home, and burial was in Sandusky's Oakland Cemetery.
Posted by Dorene from Ohio at 1:30 AM 0 comments