Paul Clauer died from cholera on July 28, 1849, during a cholera epidemic that swept through Sandusky, Ohio. Note from  Katharyn L. Wunderley's book entitled CHOLERA VICTIMS OF 1849: IN SANDUSKY, ERIE COUNTY, OHIO, indicate that Paul Clauer was a fireman for the Mad River Railroad. He died while in Urbana, Ohio. Paul Clauer was buried in Sandusky's Oakland Cemetery. He was aged 34 years, 4 months, and 5 days. A German inscription on his tombstone lets us know he is most likely of German heritage. The willow trees at the top of his tombstone symbolize mourning.
Paul Clauer's surname appears with variant spellings of Glauer, Clower, and Klauer.
Posted by Dorene from Ohio at 1:30 AM 0 comments


My mother, Joyce Parker Orshoski, often told me about her fond memories of her grandparents' farm in Perkins Township. 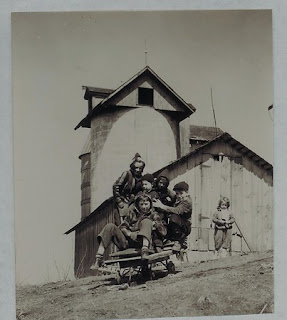 Neighbors shared farm equipment, as well as labor, during threshing times on the farm. A the end of the day, a big dinner was held at the home of the farm where most recent threshing had been done. There was good food and lots of stories at those dinners, which made for lasting memories for all those who attended.

My dad, Paul Orshoski, Sr., grew up in the very small community of Bay Bridge, where the majority of the menfolk worked at the Medusa Portland Cement Company. Dad's grandpa, father, and uncles all worked at "the mill," and when Dad was old enough, he too worked at Medusa. It was hard work, but hundreds made a good living at that old cement factory, which closed in the early 1960s. 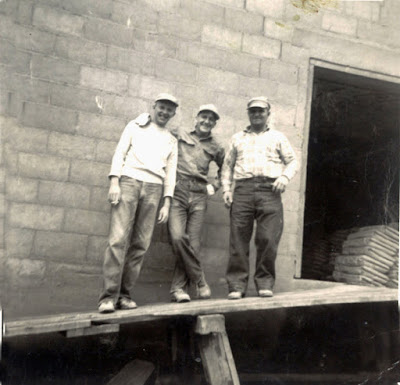 When I was young, we lived in Bay View, just down the road from Bay Bridge. 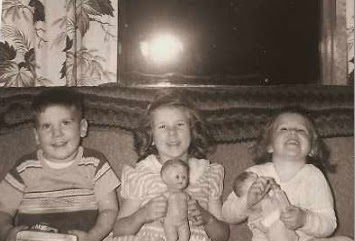 We had wonderful neighbors there. Ed and Agnes B. were just a few doors down, always willing to lend a helping hand.Mom and Agnes shared countless cups of coffee.Ed gave driving lessons to both Mom and myself. Living in a community with lots of children, we never lacked for someone with whom to play! 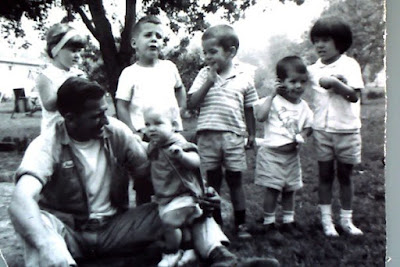 Years later, when Dad was terminally ill with lung cancer at age 55,  our neighbor Ed sat by his side in the hospital. He watched as Dad suffered from the effects of the disease, and the unwelcome side effects of the powerful pain medication. By Ed sitting with Dad for a while, Mom was able to go home for a bit, to take of the many household duties that accompany a family with lots of children. 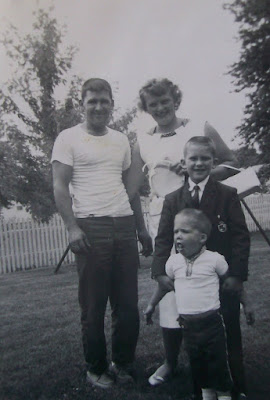 In the very early days of our time in Bay View, Uncle Wayne and Aunt Betty and their three kids lived next door. The kids created a ball field in two adjoining large back yards. There were picnics, birthday parties, and so many heartaches and joys as the children all grew up. 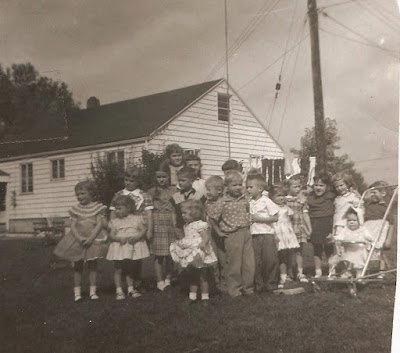 Mabel used to mend our clothes, when necessary, and Janet babysit the little ones when grandkids came along. Kay made us wonderful special dinners, and shared in our holiday festivities like she was a family member. The close ties to the neighbors, family members, and friends in our old neighborhood will never be forgotten. 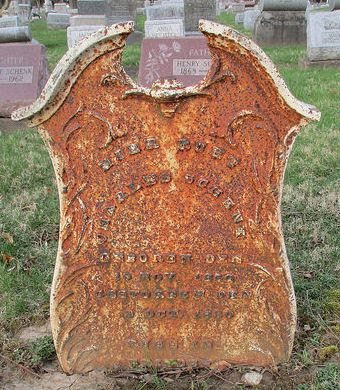 Charles Schenk was born on November 19, 1860. In 1880, he was residing in Perkins Township, Erie County, with his parents, Mr. and Mrs. William Schenk, along with several siblings. Sadly, Charles Schenk was killed on October 3, 1880, in a hunting accident. He was buried in Sandusky's Oakland Cemetery. The lettering on the metal grave marker was in the German language. An article about the tragic death of Charles Schenk appeared in the October 4, 1880 issue of the Sandusky Register.
Posted by Dorene from Ohio at 1:30 AM 0 comments