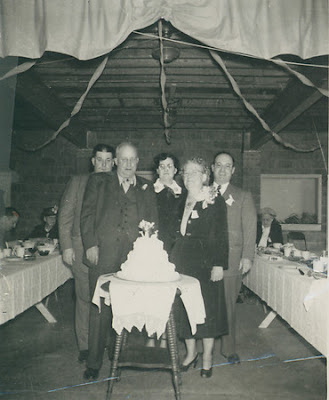 Leroy and Ada Steen Parker were married on March 3, 1901 in Perkins Township of Erie County. To the left is a photo from their fiftieth wedding anniversary. The parents of both the bride and groom were farmers in Perkins, and were involved in the Perkins Grange, the Methodist Church, and the Erie County Agricultural Association. Leroy Parker served as an Erie County Commissioner from 1920 to 1924. Leroy and Ada both also worked summers for the Concourse Amusement Company at Cedar Point. One of their favorite attractions was "Noah's Ark," a ride in which you could go into a replica of Noah's Ark, and see the animals. It was similar to a "fun house,"because the floor moved as you walked on it.

During the Second World War, many Perkins Township farms were taken by the U.S. Government for the building of the Plum Brook Ordnance Works. Some farmers bought land elsewhere in Erie and Huron Counties, but Leroy and Ada did not choose to continue farming. They moved to an apartment in Sandusky, and focused on their work at Cedar Point, and often wintered in Florida.

Leroy and Ada took an active role in the lives of their families, especially enjoying their several grandchildren. Leroy and Ada Parker both died in the 1950's, and are buried in Perkins Township. 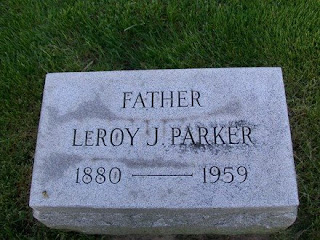 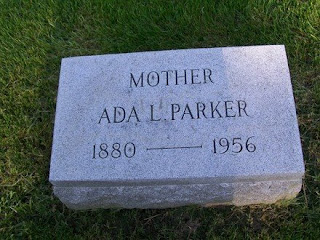 Throughout Ada Steen Parker’s adult life, she kept a personal diary as well as a notebook of clippings containing articles about weddings, church and grange events, family dinners, and funerals. These notebooks got passed down to my mother. As a young child I would read these articles over and over again, thinking about how life must have been in the “good old days.”

My Great Grandma Ada’s notebooks helped inspire me to learn more about my family heritage. Now Grandma's clippings help me piece together the chronology of events that transpired in the lives of my ancestors and their neighbors and friends in Erie County, Ohio.

Posted by Dorene from Ohio at 8:23 AM

I envy you having such special keepsakes of your heritage. Thank you for sharing your story. BTW, I'm not too far from you...North Olmsted in Cuyahoga County. I do venture your way looking for my husband's family in your cemeteries.

I enjoyed you post. Thanks for sharing your memories of these good people!