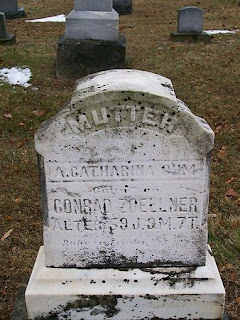 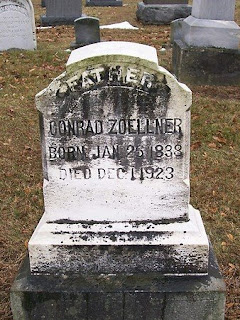 On April 4, 1908, Anna Catharina Zoellner passed away. Her tombstone inscription was in German, with the word "Mutter" at the top of her tombstone. Conrad Zoellner died on December 1, 1923. His tombstone inscription was in English, with the word "Father" at the top of his tombstone. During the Great War, there was a trend for persons of German descent to try to appear more "Americanized" due to an increase in anti-German sentiment. People anglicized their names, German newspapers published in the U.S. ceased publications, and German Lutherans stopped having services in German. This tendency is certainly reflected in the tombstones of Conrad and Anna Catharina Zoellner, who are buried in Sandusky's Oakland Cemetery.
Posted by Dorene from Ohio at 4:39 AM