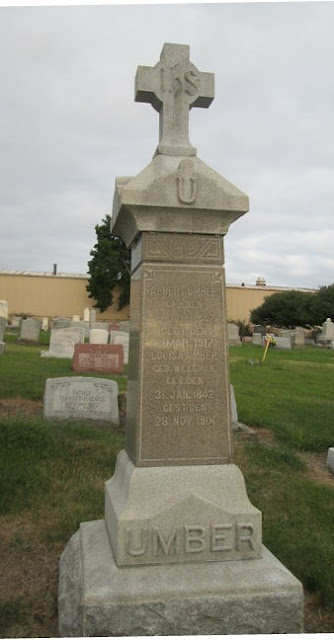 Albert Umber was born in Germany on July 19, 1842, to Casper and Catherine Umber. He married Louisa Welchle in 1867 in Loerrach, Baden, Germany. In 1869 Albert and Louisa Umber, and two young daughters emigrated to the United States aboard the ship Harmonia. By 1870 the Umber family was residing in Erie County, Ohio, where Albert worked as a farmer. On November 28, 1901, Louisa Umber died as a result of heart trouble. Mr. Albert Umber passed away on March 1, 1917. Both Mr. and Mrs. Albert Umber were buried at St. Mary's Cemetery in Sandusky, Ohio. A cross adorns the top of their tombstone, along with the letter "U." 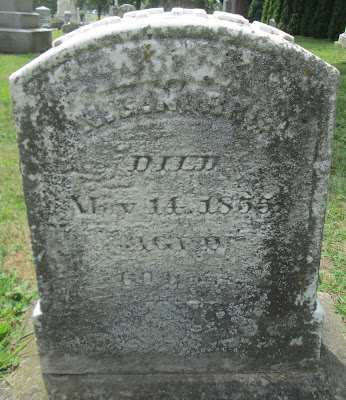 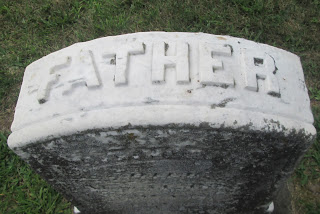 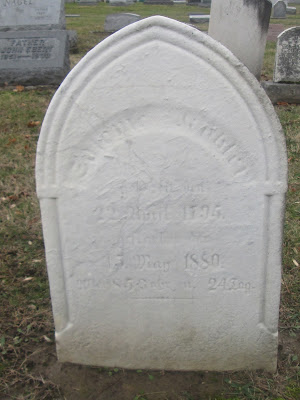 Solome Koehler was born in 1795, and she died on May 13, 1880. She was buried in Block 67 of Oakland Cemetery in Sandusky, Ohio.   At first I was unable to read her name clearly, but when I decreased the brightness of the digital image, the letters in Solome's name were somewhat more legible. 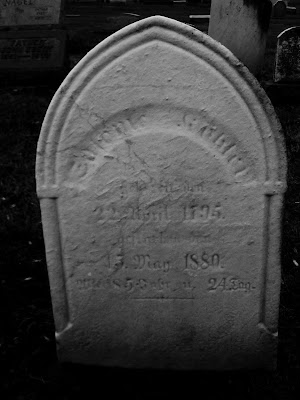 A few more details about Solome Koehler/Salome Koehler are found on Rootsweb. It appears that she was born in Karlsruhe, Germany, and she was survived by three children and some grandchildren. She had been a member of the Methodist Episcopal Church. Thank you for the names that were entered into the database of Evangelical obituaries that have been abstracted and loaded onto Rootsweb! 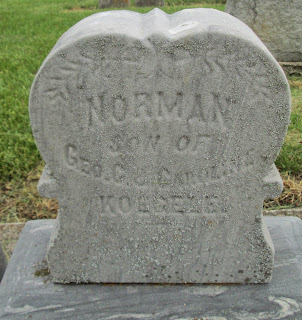 According to the book ERIE COUNTY CEMETERY CENSUS BEFORE 1909, Norman Koegele died at the age of two months, on May 7, 1896. He was the son of George C. and Caroline Koegele.  Young Norman Koegele was buried at St. Mary's Cemetery in Sandusky, Ohio. You can view the interment record for Norman Koegele at FamilySearch. His name is at the bottom of the image. 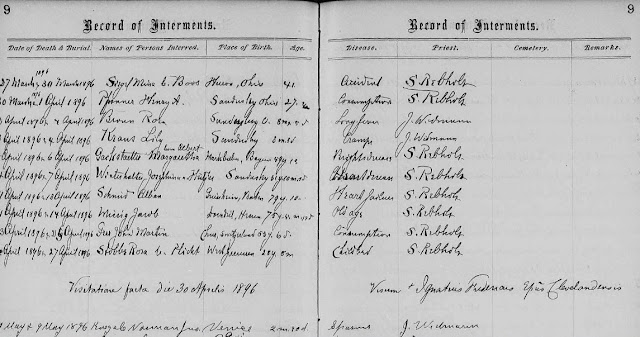 Even though this child died over one hundred years ago, his name is still visible on his tombstone at St. Mary's Cemetery.
Posted by Dorene from Ohio at 1:30 AM 0 comments 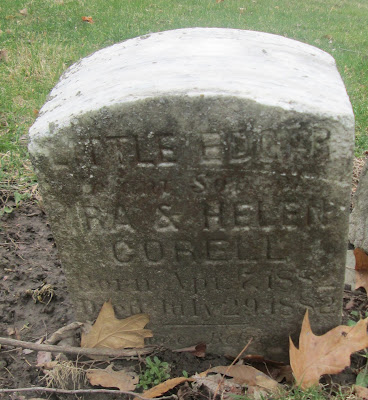 At Sandusky's Oakland Cemetery are two tombstones which honor the memory of the children of Ira and Helen Corell, who died very young. Edgar Corell was born on April 7, 1882, and died on July 29, 1882. Edgar's  sister was named Helen, after her mother. 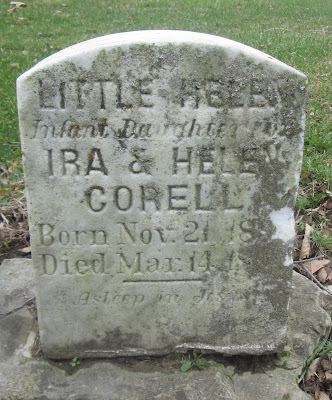 Helen Corell was born on November 21, 1892, and died on March 14, 1894. An inscription at the base of her stone reads: Asleep in Jesus. Though their lives were brief, I am sure these little ones were loved and cherished by their parents.