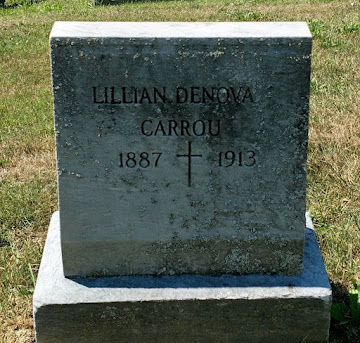 Lillian Denova was born in in 1887, to Pietro and Mary Denova. For a time the family lived in , but by 1910, the family had moved to in . Prior to 1910, Lillian became the wife of Joseph Carrou. In the 1910 Census, the listing showed they had a young son and daughter, and resided at , close to . Sadly, another young son died in 1905 on the same day that he was born.

Mrs. Lillian Denova Carrou passed away on September 2, 1912, following a miscarriage. (Though the death date on Lillian’s tombstone reads 1913, she actually passed away in September of 1912.) An obituary for Lillian appeared in the September 3, 1912 issue of the Sandusky Register.

Another article was in the Sandusky Register of September 4, 1912. Lillian was only 26 years old.

The final resting place of Lillian Denova Carrou was at ’s Cemetery in , where several other family members were also buried. Her surviving husband and children moved back to . Joseph remarried and had several more children. As is often the case in names of Italian descent in the early 1900s, there are many, many variations in the spelling of the first and last names of Lillian and Joseph. Rest in Peace!

Posted by Dorene from Ohio at 2:30 PM 1 comments

When Your Friend Finds a Box of Treasures

My friend Madeline recently found a box of old photographs from her mother's things. So many memories are in those pictures!!

Below is a photo of Highland Park Ford employees in a baseball game after work. Madeline's father Joe is saying "Safe!" According to Wikipedia, the Highland Park Ford plant was the second American production facility for the Model T automobile and the first factory in history to assemble cars on a moving assembly line. 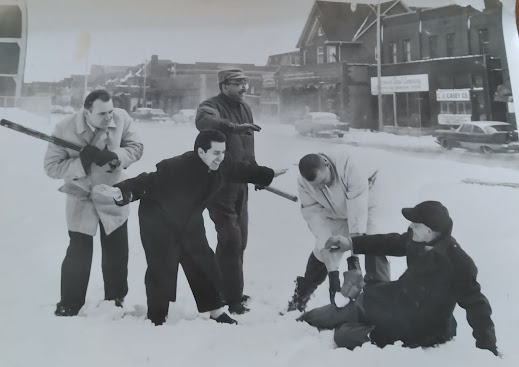 This group photo is from Lyndhurst School in Sanilac County , Michigan in the late 1930s. Joe's future wife Ruth is the sixth person from the left in the back row. Ruth's identical twin sister Edith is the third person from the right in the same row. The twins had matching dresses for school picture day! 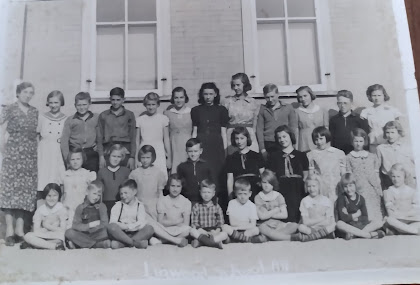 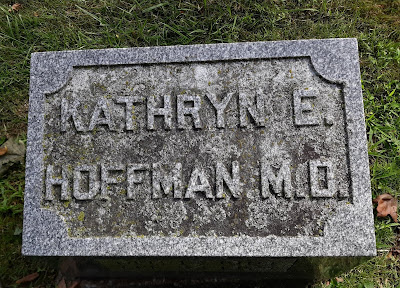 Kathryn E. Hoffman was born on December 12, 1910 to Charles and and Katherine (Rittman) Hoffman in Sandusky, Ohio. She was a graduate of Denison University and the Medical School of the University of Michigan. After obtaining her medical license, Dr. Kathryn E. Hoffman specialized in obstetrics and gynecology. She practiced medicine at the Lutheran Medical Center and Deaconess Hospital, both in Cleveland, Ohio. Dr. Kathryn E. Hoffman died at her home in Milan, Ohio on April 22, 1978, after a lengthy illness. She was buried in the family lot at Oakland Cemetery in Sandusky, Ohio.
Posted by Dorene from Ohio at 10:43 AM 0 comments

Ruth Norma Henrietta Lessenthien was born in Sandusky, Ohio in 1902, to Ferdinand Lessenthien and his wife, the former Adelaide Schmidt. Ruth was baptized at St. Stephens Church in Sandusky, which was primarily a German speaking congregation at the time.

Many thanks to the Special Collections Librarian at Sandusky Library for finding the baptism document on microfilm!

Ferdinand and Adelaide Lessenthien had a large family of two daughters and three sons. Between 1920 and 1930, Ferdinand disappeared, and Addie was on her own to raise these children. In 1922, Ruth Lessenthien married Sam Spinello, a shoe repairman who had been born in Sicily, Italy. They had two children, Evelyn and Harold (fondly called Sonny.) By 1942, Sam and Ruth divorced, and Ruth married Anthony Capozzi, another shoe repairman of Italian descent.

In the fall of 1964, Ruth Capozzi was in an automobile accident, and suffered a skull fracture. Eventually she moved to her son's home in California, where she died from a heart attack in 1967. Her final resting place is at Oakland Cemetery in Sandusky, Ohio.

Posted by Dorene from Ohio at 7:57 AM 0 comments