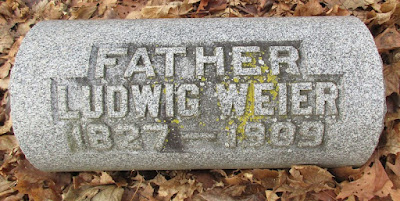 According to the 1880 U.S. Census, Louis Weier, also known as Ludwig Weier, was a native of Germany, born there in 1827. He was working as a huckster in the 1880 U.S. Census, and he resided in Sandusky with his wife Ernestine and a large family of six children. Louis Weier died at the age of 80. His funeral was held at the family home on Hancock Street. Louis Weier was buried at Sandusky's Oakland Cemetery. His tombstone bears the name Ludwig Weier, which is the German language equivalent of Louis Weier. Two of the sons of Louis Weier became well known in Sandusky for their salvage business on Hancock Street.
Posted by Dorene from Ohio at 12:37 PM 0 comments

Julius House and William Kelly on the Same Page in the 1860 U.S. Census 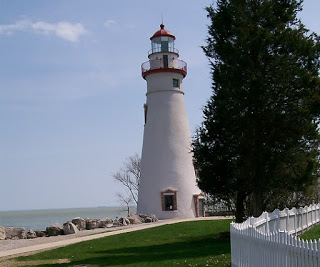 By 1860, William Kelly was residing with the family of his son in law Lodavick Brown (sometimes listed as Lodrick Brown) , in Perkins Township. William Kelly had been born in Ireland, and resided in both Ottawa and Erie Counties, Ohio at different times in his life. Mr. Brown had served as the keeper of the Marblehead Light from 1849 to 1853. Julius House was born in Connecticut, in 1786, and traveled to Perkins Township by oxen train in 1815. These two men probably spoke quite differently, and surely had different skill sets, but I am sure they knew each other!!

JJulius House, age 73, listed his occupation as farmer on the 1860 Census. By this time, William Kelly must have retired from working, as he did not list an occupation. The census taker enumerated this page of the 1860 U.S. Census for Perkins Township, Erie County, Ohio on August 11, 1860. It makes my heart so happy to see that two men whom I have so much respect for, and are part of my heritage, were neighbors so long, long ago!

The final resting place of Julius House, who died in 1871, is the Perkins Cemetery. 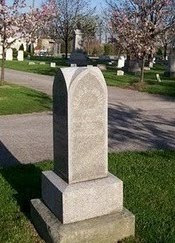 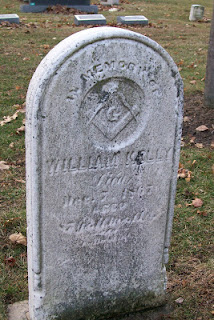 Posted by Dorene from Ohio at 7:45 AM 2 comments