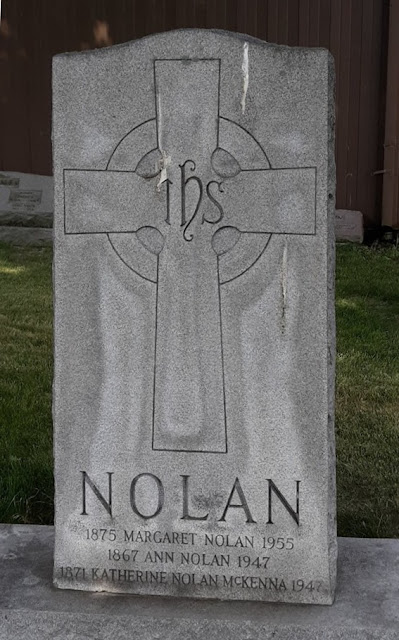 This lovely monument at St. Joseph's Cemetery in Sandusky, Ohio honors the memory of three sisters, all daughters of Mr. and Mrs. Malachi Nolan. Margaret Nolan and Ann Nolan worked together in the real estate and insurance business in Sandusky for several years. Ann Nolan died on September 25, 1947.  Her sister, Mrs. Katherine Nolan McKenna also passed away in 1947, just after Christmas on December 28, 1947. Miss Margaret Nolan lived until 1955. Margaret died at an extended care facility in Fitchville, Ohio on June 26, 1955. For ten years, Margaret served as jury commissioner of the Erie County Common Pleas Court in the 1940s and 1950s.
Posted by Dorene from Ohio at 10:53 AM 0 comments 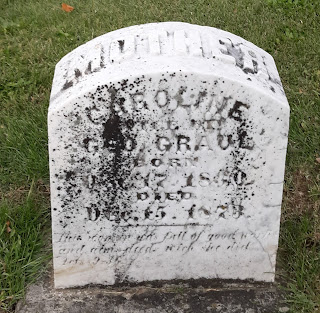 Caroline, the wife of George Graul, was born in Germany on October 17, 1830. She died on December 15, 1873. She was buried at Sandusky's Oakland Cemetery. An inscription at the base of Caroline's tombstone reads:

This woman was full of good works and alms deeds which she did. Acts 9:30

Posted by Dorene from Ohio at 8:08 PM 1 comments