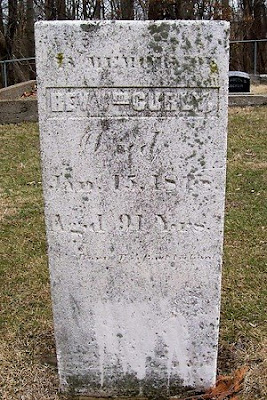 William Gurley was born in County Wexford, Ireland in 1757, and was converted under the ministry of John Wesley. During the Irish Rebellion of 1798, he saw his brother piked to death, and was nearly killed himself.

In 1801 Rev. Gurley, often called “Father Gurley,” emigrated to the United States with his family. He moved to the Firelands in 1811, having purchased land from his brother-in-law John Beatty. Rev. Gurley preached the first Methodist sermon in northern Ohio in a log school house. He had a thick accent and a quick Irish wit, and was very earnest in his speaking.

Rev. William Gurley and his family moved to Zanesville during the War of 1812, but came back to northern Ohio in 1819, eventually settling in Milan. He preached all over the Firelands, walking five to eighteen miles and back, to preach sermons to the settlers.

Two of Rev. Gurley’s sons became Methodist ministers. His great great grandson was Sandusky physician Dr. J. D. Parker. Rev. Gurley died in 1848 at the age of 91. He and his wife are buried in Perkins Cemetery. The author of the Gurley Family History, Albert E. Gurley, states that “few men have every lived that were more honored and respected than was this illustrious man.”

You can find the MEMOIR OF REV. WILLIAM GURLEY full-text at books.google.com. The image of Rev. Gurley below is courtesy of Google Books: 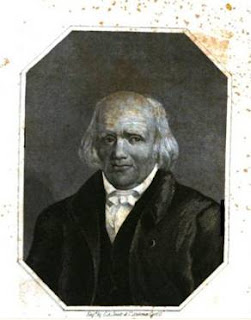 Posted by Dorene from Ohio at 4:14 AM