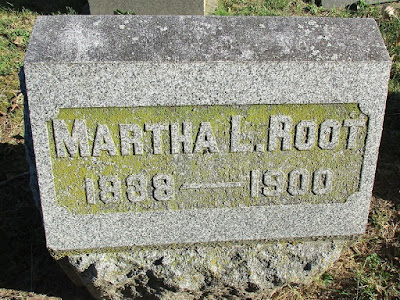 Miss Martha L. Root was the daughter of Congressman Joseph M. Root and his wife, the former Mary Buckingham. According to the History of the Western Reserve, Martha Root was in the first graduating class of Sandusky High School. At the time of her death on October 28, 1900, Martha Root was living with her sisters in Chicago. Her remains were brought back to Sandusky for burial in the family lot at Oakland Cemetery. An obituary for Martha L. Root appeared in the October 29, 1900 issue of the Sandusky Daily Star.
Posted by Dorene from Ohio at 1:14 AM 0 comments