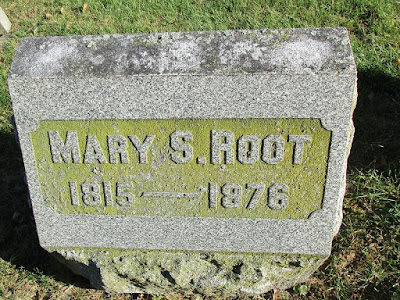 Mary S. Buckingham was born in 1815 to John and Sarah Buckingham.  In 1835, Mary married Joseph M. Root, who was an attorney. He also served as a Representative to Congress from Ohio in the 29th, 30th, and 31st U.S. Congresses, and was a member of the Ohio State Senate for several terms. The Roots would have a family of five daughters. In 1876, Mrs. Mary Root became ill with consumption. She passed away at the family home in Sandusky on October 4, 1876. Mary Root was buried in the family lot at Oakland Cemetery in Sandusky, Ohio. An obituary for Mrs. Root appeared in the October 5, 1876 issue of the Sandusky Register.  Her obituary read in part, "By her noble qualities of head and heart, Mrs. Root endeared herself to a large circle of warm friends here and elsewhere, who will be inexpressibly pained to learn of her death."
Posted by Dorene from Ohio at 12:20 AM 0 comments 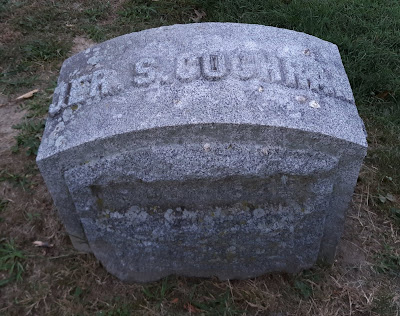 Jeremiah S. Cochran was born in on January 17, 1805. In 1826, he was a medical student at , studying under Dr. J. Dalton. According to Hewson Peeke’s book STANDARD HISTORY OF ERIE COUNTY, (Lewis Publishing Company, 1916), Dr. Jeremiah Cochran settled in in 1832, at the time of the first cholera outbreak. Peeke wrote that Dr. Cochran “rendered efficient service during its continance.”   marriage records indicate that Jeremiah Cochran married Julia Farwell on New Year’s Day of 1837. Julia was a daughter of Moors Farwell, ’s first Mayor.

An article in the Huron Reflector of August 9, 1842 lists J.S. Cochran among the members of the Liberty Party, along with several other known anti-slavery men from the Firelands area. 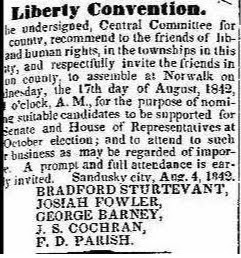 Dr. Jeremiah S. Cochran was in a medical practice with his brother Dr. Charles Cochran in 1844. Their medical office was on the square, in front of the Presbyterian Church. Sadly, Dr. Jeremiah Cochran died as a young man, in July of 1845. He was buried in ’s .