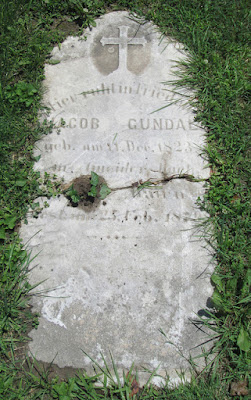 The body of Jacob Gundell (sometimes spelled Gondall )was found near Venice, Ohio on February 26, 1879. It is believed that he may have been robbed. An article in the Feb. 26, 1879 issue of the Sandusky Register reported that Mr. Gondall mostly likely died from exposure to the cold winter weather. Jacob Gondall was buried at Sandusky's Oakland Cemetery. No known relatives were living in the immediate area. He had formerly been employed at Hubbard's lumber yards in Sandusky. Jacob was about age 55 or 56 at the time of his unfortunate death.
Posted by Dorene from Ohio at 1:30 AM 0 comments 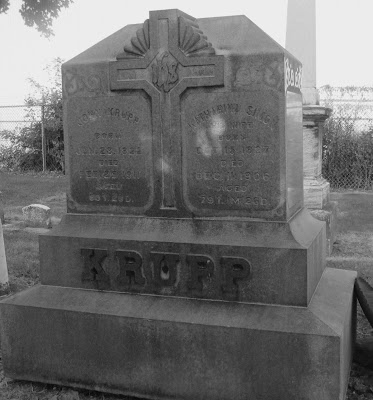 A cross adorns this monument at St. Mary's Cemetery in Sandusky, Ohio which honors the memory of longtime Sandusky business many John Krupp, and his wife, the former Katherine Simon. From about 1870 to 1895, John Krupp was in the furniture and undertaking business in Sandusky, Ohio. John Krupp passed away on February 25, 1911. His wife Katherine had preceded him in death in 1906.
Posted by Dorene from Ohio at 1:30 AM 0 comments 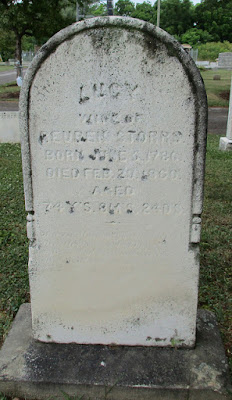 Lois Robinson was born in Connecticut in 1786. She married Reuben Storrs in 1810. Lucy traveled with her husband from Connecticut to the state of New York, and then on to Perkins Township, Erie County , Ohio, where Reuben Storrs farmed the land, with his loving wife at his side. Lucy and Reuben were married for fifty years, before her death on February 20, 1860. Reuben’s obituary stated about Lucy, “a more faithful and patient wife is seldom found.” Lucy Robinson Storrs was buried in the old Perkins Cemetery. An inscription on her tombstone reads:

“Dearest Mother thou hast left us
Here thy loss we deeply feel
But ‘tis God that hath bereft us
He can all our sorrows heal.” 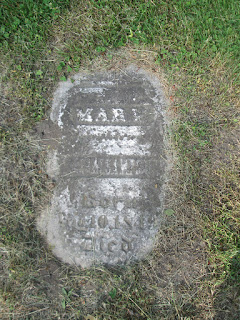 "When God calls his darlings, they can but go."

Funeral to take place next Sunday at 8 o'clock P.M.

Little Mary was buried in the family lot at Oakland Cemetery in Sandusky, Ohio.
Posted by Dorene from Ohio at 1:30 AM 0 comments 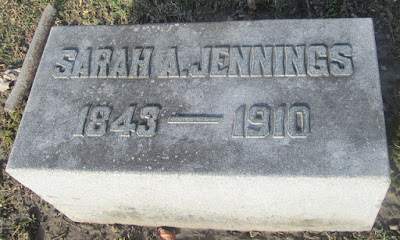 Mrs. Sarah A. Jennings was born Sarah A. Gardner, in Monroeville, Ohio in  1843, to Mr. and Mrs. Elijah Gardner. On September 4, 1870, Sarah Gardner married Wesley B. Jennings in Flint, Michigan. The family resided in Flint at the time of the 1880 U.S. Census. Mr. Jennings was a Civil War Veteran and worked on the railroad. He died in 1904. Mrs. Sarah Jennings was residing in the Mahala block apartments, when the block was hit by a fire in 1909. After the fire she moved to Springfield, Ohio, to make her home with her sister. Sarah A. Jennings died at the home of her sister, Mrs. Frances Harris, in Springfield, Ohio on February 15, 1910. Her remains were returned to Sandusky, Ohio, where funeral services were held. Burial was at Sandusky’s Oakland Cemetery. Sarah Jennings was survived by her a daughter and two sons. 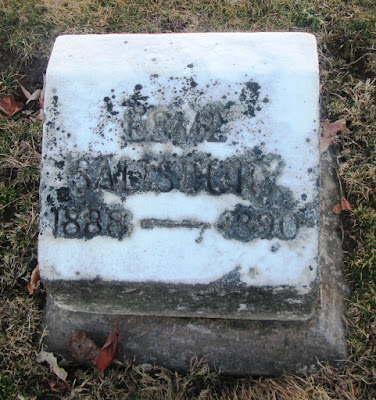 Esma Salisbury was born in 1888 to Edward Salisbury and his wife, the former Rose Haney. Sadly, Esma died on February 10, 1890, at the age of 2, after having come down with measles. This touching obituary appeared in the February 11, 1890 issue of the Sandusky Register. 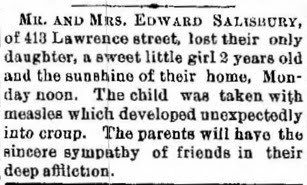 Esma Salisbury was buried in Block 23 of Oakland Cemetery in Sandusky, Ohio. Rest in peace little one.
Posted by Dorene from Ohio at 1:30 AM 0 comments 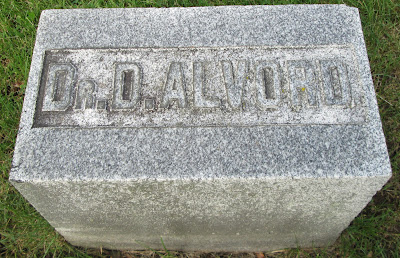 According to the book A GENEALOGY OF THE DESCENDANTS OF ALEXANDER ALVORD, Dr. David Alvord was the son of David and Abigail (Jennings) Alvord, born in Kent, Connecticut. 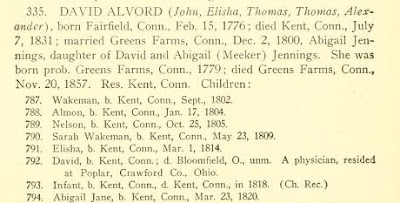 The book HISTORY OF CRAWFORD COUNTY AND OHIO records that Dr. David Alvord settled in Texas Township of Crawford County, Ohio in 1847. Dr. Alvord remained in that location until he moved to Bloomville, Ohio in 1873. He was "a gentleman of marked ability, both in a professional and literary sense." Dr. David Alvord died on May 26, 1897 in Bloomville, Ohio. His funeral was held at the residence of his nephew, F.W. Alvord, and burial was in the Alvord family lot at Oakland Cemetery in Sandusky, Ohio. Besides a single grave marker at Oakland Cemetery, one side the Alvord-Little family monument honors the memory of Dr. David Alvord. 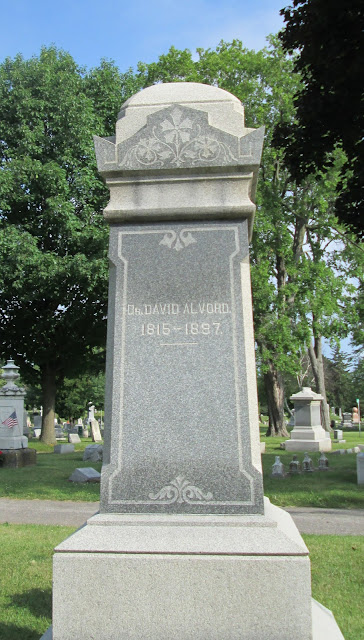 Though it does not appear that Dr. Alvord ever lived in Sandusky, Ohio, he now rests in peace with many other members of the extended Alvord family. A brief obituary for Dr. David Alvord appeared in the May 29, 1897 issue of the Sandusky Register. 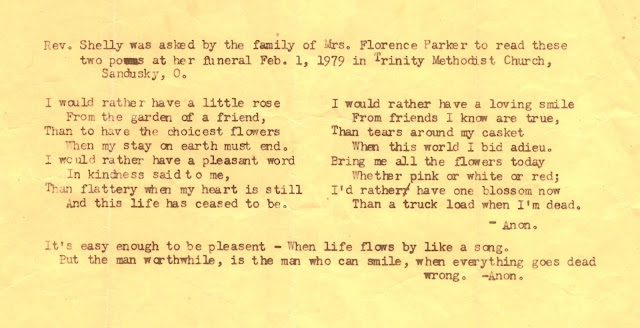 These poems were read by Rev. Shelly at the funeral of my great aunt, Florence Lindsley Parker, at her funeral at Trinity Methodist Church in Sandusky, Ohio on February 1, 1979. I loved Aunt Florence so dearly! She used to get out a box of old family photos and tell me stories! Missing you! 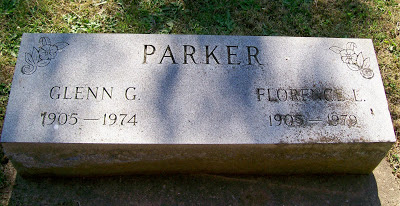 Below is a picture of Aunt Florence with her family from the 1930s. 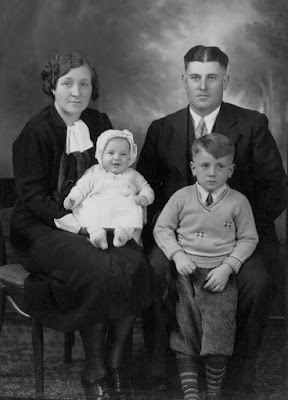