Johanna Larkins was born about 1842, the youngest daughter of Daniel and Johanna (Skehan) Larkins. Originally from County Tipperary, Ireland, Daniel Larkins and his family settled on farmland in Perkins Township, Erie County, Ohio prior to the younger Johanna's birth. The family was Irish Catholic, and Johanna had several older brothers and sisters.

By 1880, Johanna Larkins had become married to Thomas McClain of Bellevue, Ohio. Thomas was a widower with two young daughters, Nora and Bridget.  Thomas and Johanna would have another daughter to add to the family, Mary McClain, born about 1877, according to U.S. Census records.

Thomas McClain died on January 10, 1891. He was buried at the Immaculate Conception Cemetery in Bellevue, Ohio. In the early 1900s, Johanna Larkins McClain moved to Cleveland, where she resided with her daughter Mary.
Joanna died on May 9, 1909. She was laid to rest beside her husband Thomas at the Immaculate Conception Cemetery in Bellevue, Ohio. How I would have enjoyed talking with her, and asking her about the early years of her life! She was the baby sister of my three times great grandfather Patrick Larkins.

My great grandmother, Irene Larkins, always carried on the family tradition of hospitality, offering coffee and cake to visitors. I am sure Johanna shared that same tradition. Another tradition in the Larkins family was to visit the graves of loved ones often, and remember them by placing flowers on  their tombstones. 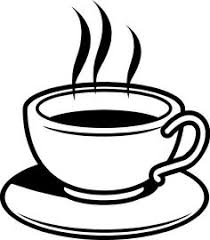 Posted by Dorene from Ohio at 3:35 PM 0 comments

Randy at Genea-Musings has challenged us to create a timeline in today's edition of Saturday Night Genealogy Fun.

Below is a very simple timeline marking just a few highlights in my mother's life. 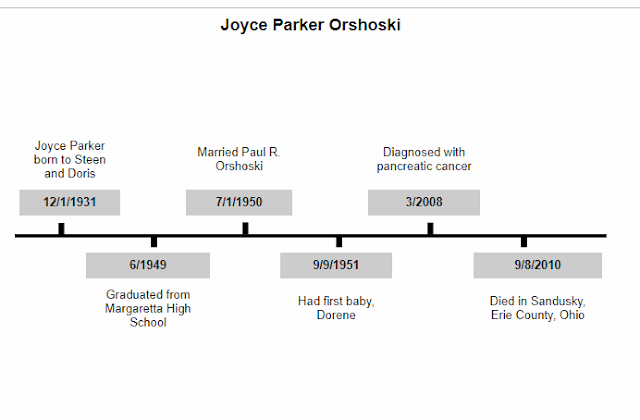 I created this timeline at Teachnology.com. It was free and very easy to use, but it did not allow for many details. My mom packed a lot of life into her years on this earth. 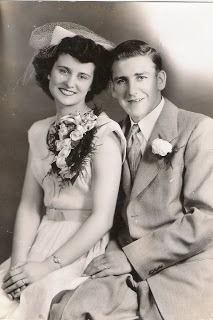 She had six children, twenty grandchildren, and many, many great grandchildren. I think she worked at least fifteen different jobs. She went back to work after becoming a widow in her fifties. I miss Mom every day, and am thankful she told me so many family stories! 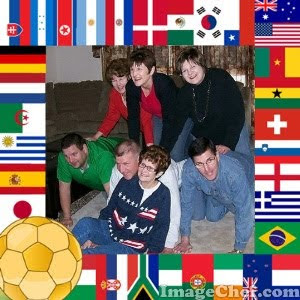 Posted by Dorene from Ohio at 5:45 PM 0 comments 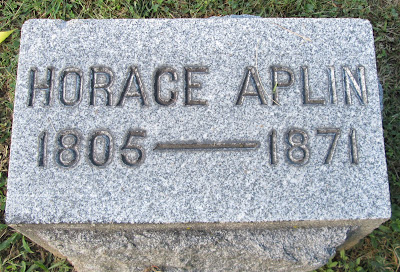 According to the 1850 U.S. Census, Horace Aplin was born in the state of New York in 1805. In 1850, he was working in Sandusky, Ohio as a grocer. An article in the Firelands Pioneer  records the date of Horace Aplin's marriage to Julia E. Peck as January 21, 1840 in Norwalk, Ohio. Rev. Alfred Newton of the First Presbyterian Church in Norwalk officiated at the wedding. HISTORY OF ERIE COUNTY, OHIO, edited by Lewis Cass Aldrich, states that Horace Aplin was a trustee of Portland Township (Portland Township eventually became a part of the city of Sandusky) in 1849, 1854, and 1855. In 1858, Horace Aplin became a Justice of the Peace. On October 9, 1871, Horace Aplin died in Sandusky, Ohio. He was buried in the North Ridge section of Oakland Cemetery. After Mrs. Julia Aplin passed away in 1903, she was buried next to her husband in Oakland Cemetery. 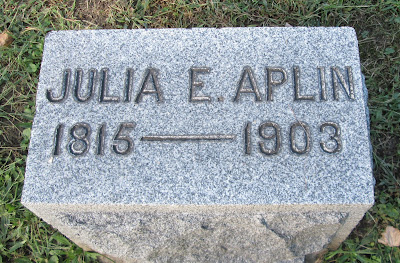