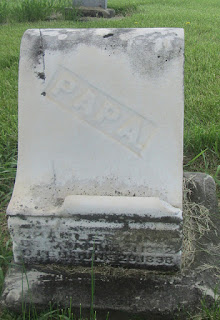 Charles Link was born in 1862. He married Mary Magdalena Boyer, and they had a large family of several children. On June 29, 1898, Charles Link died from pneumonia. He was buried at the St. Mary's Cemetery in Sandusky, Ohio. The name of Charles Link is the last name on this excerpt from St. Mary's Parish records, on file at FamilySearch.org.

The tombstone of Charles Link features the inscription "Papa." Mary Madgdalena Link lived until the year 1919. After her death on January 13, 1919, she was buried beside her beloved husband at St. Mary's Cemetery. 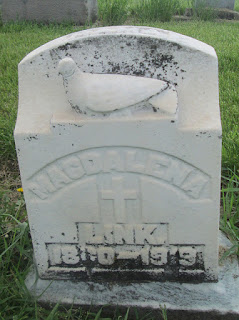 Atop the tombstone of Mary Magdalena Link is a dove, which is a universal symbol for mourning. Rest in peace, Charles and Mary Madgalena Link.
Posted by Dorene from Ohio at 1:30 AM 0 comments 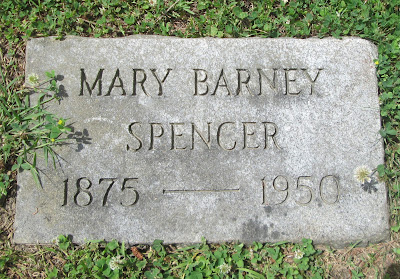 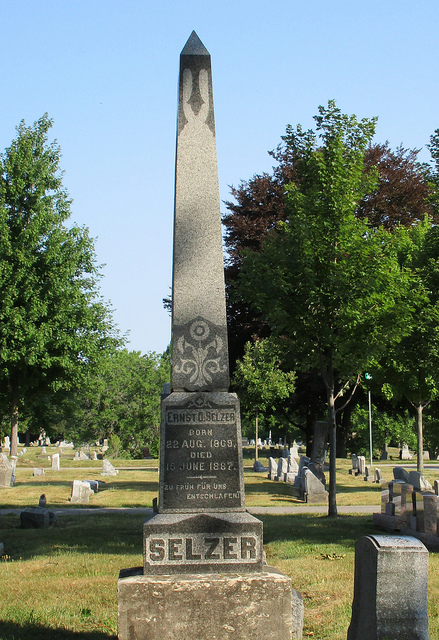 Ernst O. Selzer was born in Sandusky, Ohio in August of 1869 to Henry and Aurora (Shellinger) Selzer. Details provided in the 1880 U.S. Census indicate that Henry had been born in Bavaria, and Aurora was a native of Saxony. The family also included children: Otto, age 18; Eugene, age 14; Lillie, age 12. At this time Ernst was nine years old. On June 15, 1887, Ernst O. Selzer passed away at the age of 17. He was buried in Sandusky's Oakland Cemetery. An inscription on his tombstone reads:

too early for us to pass on 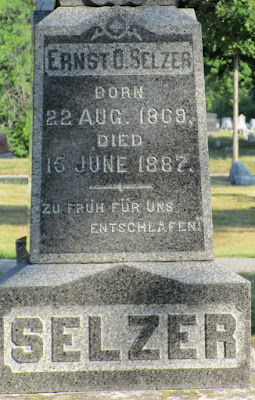 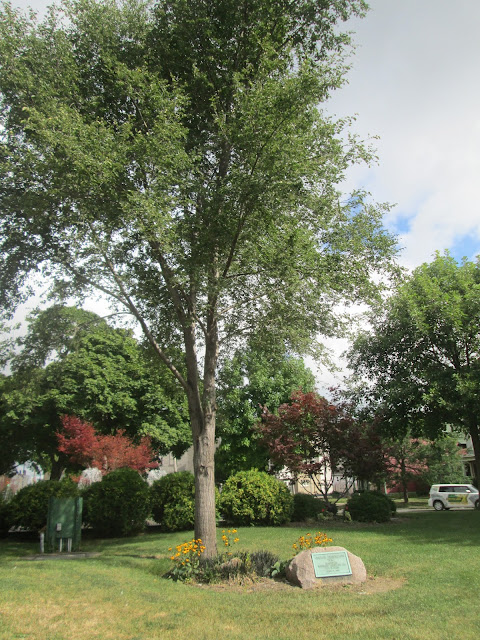 On June 14, 1932, members of the Elks Lodge planted the "George Washington" elm tree at the park at the intersection of West Adams Street, Huron Avenue, and Wayne Street in Sandusky, Ohio. The tree was to commemorate both Flag Day and the George Washington Bicentennial. Judge E.B. King told the crowd that had gathered for the tree planting, that "Great problems often times harder than those we face today were met and conquered by George Washington with a courage and a steadiness which should stand forever as an example to us." Many of our ancestors have often driven by this location, which is now a park named for Wade Dauch, the son of Mr. and Mrs. J.J. Dauch. You can read about the tree planting in 1932 in the June 15, 1932 issue of the Sandusky Register, available on microfilm at the Sandusky Library. 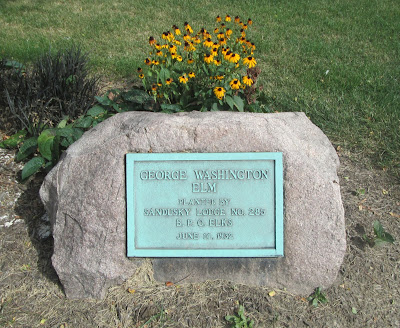 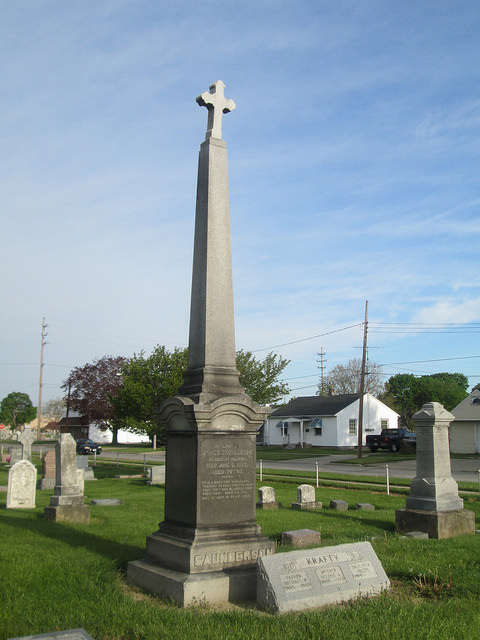 James and Margaret Saunderson were born in Ireland. According to his tombstone, James had been a native of Belfast, Ireland. By the 1840s, James Saunderson was residing in Sandusky, Ohio, where he was employed as a soap and candle maker. This small advertisement appeared in the March 16, 1847 issue of the Sandusky Clarion.

James Saunderson died on June 5, 1883,at the age of 78.  He was buried at the St. Joseph Cemetery in Sandusky, Ohio. A very tall monument honors the memory of James and his wife. The inscription on his tombstone reads:

It is a holy and wholesome thought to pray for the dead that they may be loosed from their sins.  Mach. 2B12C May he rest in peace 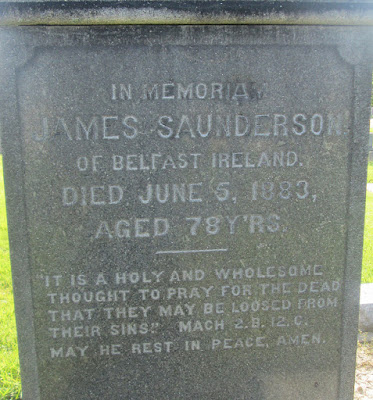 His wife, Margaret Saunderson, died on June 17, 1895 at the age of 75. An inscription on her tombstone reads:

May she rest in peace, Amen. 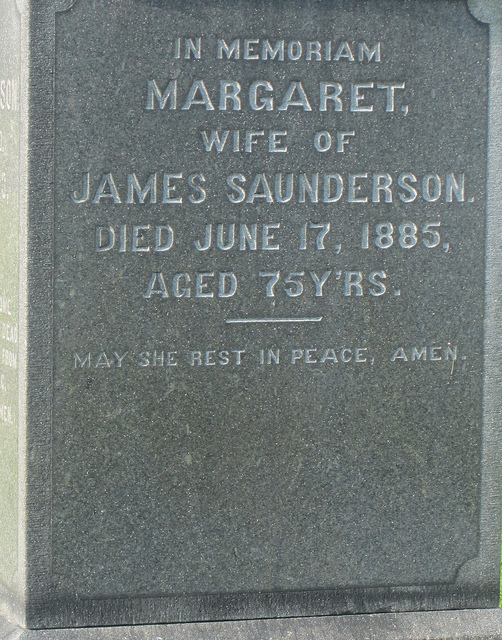