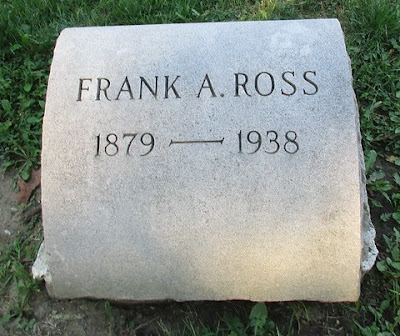 Frank A. Ross was born in Sandusky, Ohio in 1879 to Charles Ross, and his wife, the former Amelia Bitter. For many years, Frank Ross operated a furnace business on East Monroe Street. This advertisement appeared in the Sandusky Star Journal on July 22, 1930.

During the last two years of his life, Mr. Ross moved to Fairview Park, and he continued in the furnace business. On May 26, 1938, Frank A. Ross died at the age of 59. He was buried in Sandusky's Oakland Cemetery.
Posted by Dorene from Ohio at 4:00 AM 1 comments