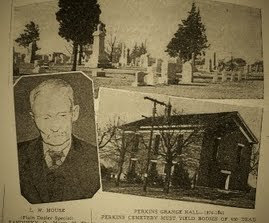 The subtitle of the Cleveland Plain Dealer article (left) from March 31, 1941 reads: "Perkins Cemetery Must Yield Bodies of 450 Dead." An article from the website of Perkins Township in Erie County, Ohio, tells us that the original Perkins Cemetery was located behind the Methodist Episcopal Church near the intersection of Taylor Road and Columbus Avenue. In 1941, the War Department of the United States acquired about 9,000 acres of land in Perkins Township, to construct a munitions plant called the Plum Brook Ordnance Works. The Trojan Powder Company produced munitions for the United States Army during World War Two. All the farmers in this rich agricultural area had to leave their farms and re-locate. The Methodist Church, Grange Hall, and the cemetery also had to be vacated. 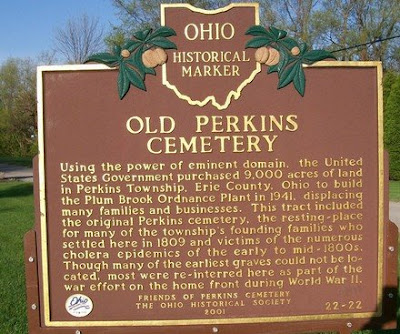 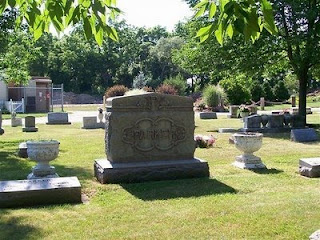