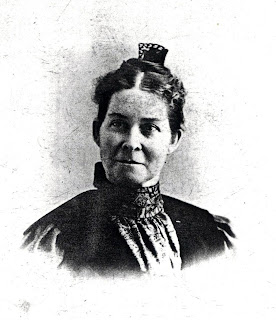 In 1870, Mary Steen Hill married George Fitch Hill, a son of Dr. Benjamin L. Hill and Joanna Hill. Mrs. Mary Steen Hill was the postmistress of Berlin Heights, for twenty four years, resigning in 1914. In some undated Hill family papers was a newspaper clipping which stated that in Mary's later years, she cherished the friendship of many of the young people whom she had watched grow up in Berlin Heights. She especially enjoyed the community's homecoming celebrations. The article continued, "It is given to few to retain all their faculties and the powers fully to enjoy so large a circle of friends throughout old age."

Mrs. Mary Steen Hill died on December 4, 1936. She is buried in the West End Cemetery in Berlin Heights with her husband George F. Hill, a Civil War veteran who had died in 1922. A family tree chart which shows the children of George and Mary Hill, as well as some of their ancestors is found on a Rootsweb site. 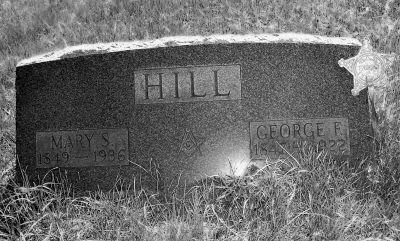 Posted by Dorene from Ohio at 4:31 AM