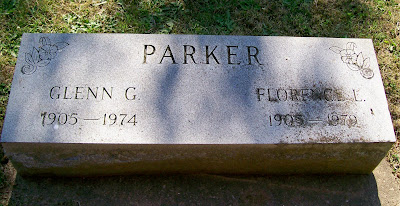 Glenn Parker was the oldest child of Leroy and Ada Steen Parker. Shortly after Glenn was born, the article below ran in the November 5, 1919 issue of the Sandusky Register. The writer suggests that since Charles Steen (Ada's father) was the president of the Erie County Agricultural Society, Mr. Steen may be swayed to vote for his new grandson at the baby contest during the Erie County Fair. 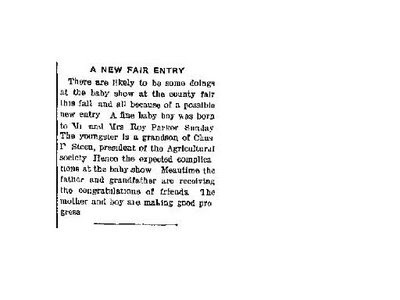 During his busy life, Glenn Parker was a Perkins Township Trustee, an employee of Barr Rubber, a bus driver for Perkins Schools, and he worked on the family farm in Perkins Township of Erie County. Since his father was a concessionaire at Cedar Point, Glenn is sure to have spent many summertime hours at the amusement park as well. One of the concessions with which Roy Parker was associated with was the Noah's Ark.

On June 1, 1927, Glenn Parker married Florence Lindsley. Florence was a descendant of W. D. Lindsley, a former U.S. Congressman. Florence and Glenn had three children: Richard, Carol, and Lois. Carol died as an infant on April 29, 1935. Mr. and Mrs. Glenn Parker were active in the Perkins Grange. For many years they made their home at the southeast corner of Bogart Road and Route 250. My great Aunt Florence had so many wonderful qualities; she was dignified, confident, and she had the kind of wisdom that comes from having so many years of rich life experiences, including love of family, some heartaches along the way, and a lot of hard work. Glenn Parker died on January 14, 1974, and Florence passed away on January 28, 1979. They are buried in Perkins Cemetery.

Pictured below are Florence and Glenn Parker with their children Richard and Carol, about 1935. 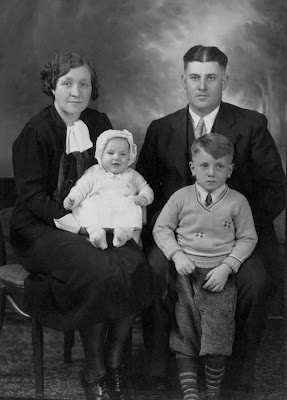 A large stone marks the Parker lot in Perkins Cemetery. 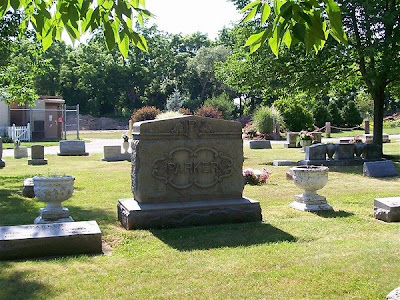 Posted by Dorene from Ohio at 4:43 AM