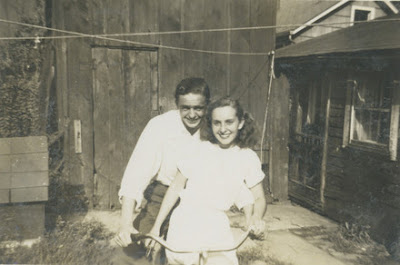 John Brown Paul was born to Claude Alphonso and Leticia Taylor Paul on November 3, 1928 in Ambrose, Georgia. As some of his older brothers move to Ohio in the late 1940's to find jobs, John too moved to Sandusky, Ohio.

Linda Lou Porter was born in Columbus, Ohio on July 25, 1930. Linda was orphaned at a young age, and was raised by either a foster or adoptive family. Very little is known about her background.

John B. Paul and Linda Porter were married on November 22, 1947 in Greenup County, Kentucky. Through the years, John had a variety of jobs, but he is best remembered for his long years of delivering Stroh's beer for the Sandusky Butter & Egg Company. He worked long hours, and met a lot of people. Since Stroh's was the team's sponsor, John became an avid Detroit Tigers baseball fan. Linda enjoyed reading, knitting, and sewing, and she worked as a waitress at the Log Cabin Inn, in Bay View, Ohio. John and Linda had two children: Thomas and Nancy.

Linda Paul died on October 3, 1971, after a lengthy illness. She was only 41 years old at the time of her death. John eventually married again, to Marilyn Dreschel Gioffredo. They had many happy years together, and enjoyed traveling. John B. Paul died on August 3, 2005. John and Linda Paul are buried in Meadow Green Cemetery in Huron, Ohio.

Posted by Dorene from Ohio at 4:00 AM