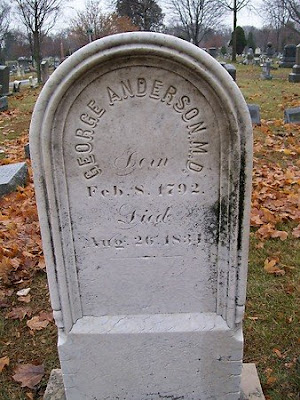 Hewson Peeke wrote in his STANDARD HISTORY OF ERIE COUNTY that George Anderson was the first doctor in Sandusky. Dr. Anderson was born in 1792, and moved to Erie County from New York. Peeke stated that “He was skillful in his profession, but died of cholera in 1834.”


George Anderson married Eleanor Hull in 1821. They had two children, Pallas and George J. Anderson. You can read more about the Anderson family in the HISTORY OF THE WESTERN RESERVE, which is available full text on Google Books. 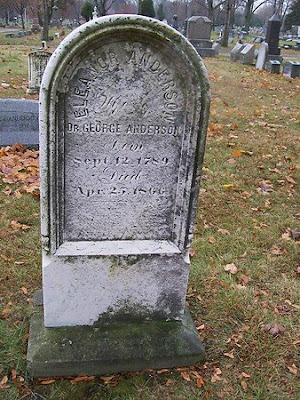 Dr. George Anderson died on August 26, 1834. His wife Eleanor Anderson died on April 25, 1866. Both are buried in Oakland Cemetery in Sandusky. In the background, behind the tombstones of Dr. and Mrs. Anderson, one can see the tombstone of their grandson, George F. Anderson, who died in 1937. A scrapbook which chronicles the life and activities of George F. Anderson is in the holdings of the R. B. Hayes Presidential Center in Fremont, Ohio. 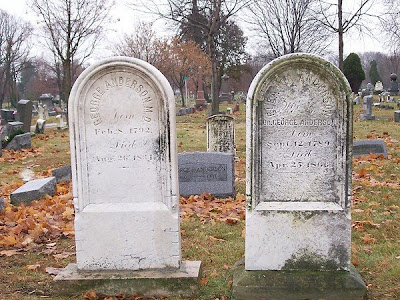 Posted by Dorene from Ohio at 3:23 PM