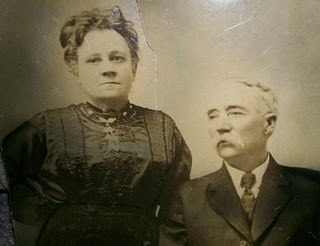 My great great grandparents, George B. and Marian (House) Parker, lived on a farm in Perkins Township, Erie County, Ohio in 1880, shortly after they were married. In the 1880 Productions of Agriculture enumerated by the United States government on June 1, 1880, it appears that Great Great Grandpa Parker farmed two separate parcels of land. His name appeared on the second and third lines of the Agricultural Census. Grandpa Parker farmed a total of 299 acres of improved land. He also owned 25 acres of meadows and pastures, 21 acres of woodlands, and 25 acres of grasslands. Enumerated in these schedules were values of the farm land, machinery, livestock, building repairs, fertilizers, and labor costs of hired help. The George B. Parker farm had 12 cows, 5 calves, and in the time span between June 1, 1879 and June 1, 1880, one cow was purchased, and one had been sold. Great Great Grandpa George made 1000 pounds of butter in the year that had been enumerated. I am sure that Great Great Grandma Marian must have helped out in this task! 29 swine were on the Parker farm, as well as 40 poultry. Crops produced on the George B. Parker farm between June 1, 1879 and June 1, 1880 included: 130 bushels of barley, 25 bushels of buckwheat, 750 bushels of Indian corn, 400 bushels of oats, 495 bushels of wheat, and 250 bushels of Irish potatoes. There were also 75 apple trees and 10 peach trees on Great Great Grandpa Parker's farm. Only a portion of the Production of Agricultural Schedules appear below. (I had to make 6 separate copies from the microfilm for a copy of the complete enumeration.) Click here to read more about Nonpopulation Census Records for Ohio from the National Archives. It was very interesting to me to learn exactly what kind of farm animals my ancestors had, and what kind of crops they grew. 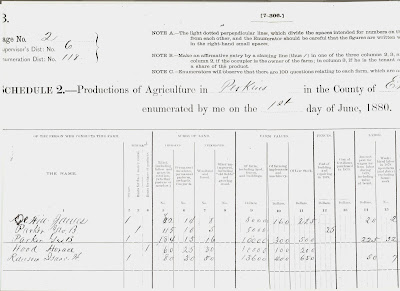 Below is a photocopy of Perkins Township from the 1896 Erie County Atlas. Great Great Grandpa's name is listed as J.B. Parker, but his name should read as G.B. Parker. 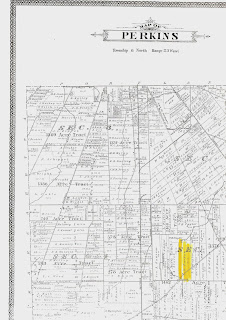 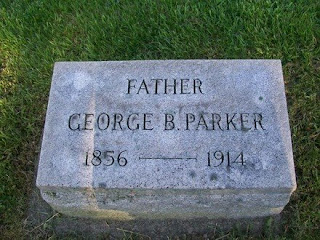 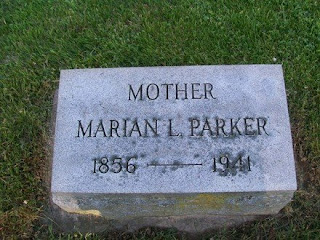 Posted by Dorene from Ohio at 1:08 AM