When the Reverend Ate the Whole Pie 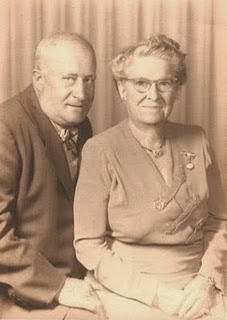 From about 1901 until 1941, my great grandparents, Leroy and Ada Parker, ran a big family farm in Perkins Township, Ohio. 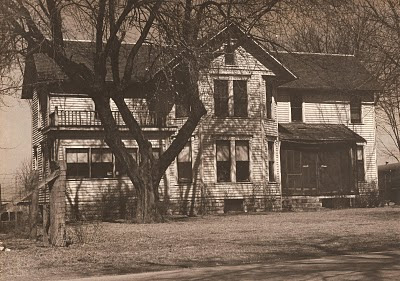 When it was threshing time, several men from the area would work together on getting in one farmer's crops. At the end of the day, the farmer's wife would serve a huge dinner for all the men who had toiled so hard all day. The next day they would take all the farm equipment and men, and move on to the next farm and do the same process all over again. Many a time, my mother re-counted to me the story of Rev. Thompson and the pie. My Great Grandma Ada, along with help from the other ladies, worked all afternoon on making a big dinner for the threshers. She put the pies on the porch to cool, and continued with getting all the other dishes ready. Well, Rev. Herbert Thompson, who pastored at the Perkins Methodist Church, fondly known as the "red brick church," stopped by to pay a visit. He ate a WHOLE pie! 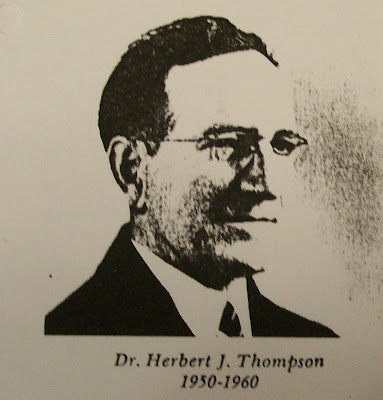 Grandma Ada was upset, as that was part of the dinner for those men who had been working so hard to get the crops in that day! When Grandma and Grandpa celebrated their fiftieth wedding anniversary, Rev. Thompson gave a talk at the party, and he fondly recalled the time he ate that whole pie! Mom said that under his breath, Grandpa Roy kept saying, "Well you weren't supposed to eat the whole thing!" Rev. Thompson would go to serve as the General Manager of Lakeside, and he lived to be 96 years of age. He officiated at many family funerals in the Parker and House families who had sat under his ministry in Perkins Township. 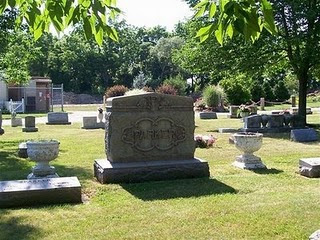 Posted by Dorene from Ohio at 8:05 AM

What a cute story! Did he just come up on the porch, take a pie and sit down with it and dig in? Or did someone cut him a piece and walk away with the rest of the pie still on the table? I'm not sure I could be trusted not to at least eat TWO pieces if the pie were still there and I was alone with it, LOL!

Well I heard this story second hand....so I don't know the specifics... but I sort think he liked it so much that he ate the whole thing! Ministers did not earn too much money back in those days:)
And Grandma Ada's pies were very good.

It was always so funny to hear Mom tell the story!

That's so funny. I can imagine the feelings of the women who spent the time cooking for their husbands and the other farm workers. It's always interesting to learn another perspective of an event. Your grandparents felt unhappy with the minister but to the minister, it was a happy memory!

Oh how I wish I knew!! Mom never said what kind of pie it was!

And the pastor lived to tell the story?? LOL Agree with Lisa, cute story!

Mom spoke of Rev. Thompson SO endearingly. She lost a lot of people in her life, and Rev. Thompson officiated at the funerals of so many of them...

Too funny. Those were the days when you'd never criticize your pastor. I suspect your grandma was secretly a little flattered he was such a fan of her pie, even though it meant less for the workers.

Dorene - This reminded me of home. Feeding the farmhands and the men who traveled around sheering sheep.

I wonder, does the minister still stop by to visit in today's world? I haven't seen any recently so I guess the pies are safe.

Thanks for all of your kind comments! My mom and dad did have a pastor who was also their friend, and he did stop by! He gave the sermon at my dad's funeral...and brought up my dad's occupation, which was a plumber. I don't recall the specifics, but I know that a toilet was fondly mentioned in his eulogy!

What a lovely story!

Dorene, that's a great story. THanks for sharing it!

Funny, he doesn't *look* like the sort of guy who could polish off a whole pie in one go. What a classic story. Your grandma must have been a terrific baker!

Dorene - Apparently the reverend thought the pie was manna from heaven in pie form. What a fun story!