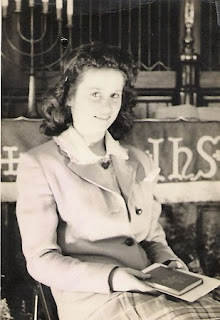 Along with several other teenagers, my mother, whose name was Joyce Parker at that time, was confirmed at St. Paul Lutheran Church, located at Central Avenue & Tyler Street in Sandusky, Ohio, on March 25, 1945. 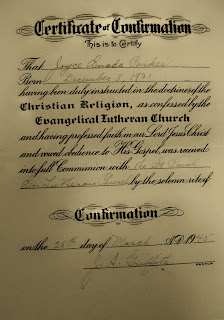 Though my mother had been baptized at the Methodist Church, her great grandfather's second wife, Emma Larkins, introduced her to the Lutheran faith. Rev. J.A. Griffith was the minister who officated at the confirmation service. Rev. Griffith had also confirmed Joyce's mother, Doris Wheeler, at the very same location in 1923. Doris died before Joyce was confirmed, but both mother and daughter respected and loved their Lutheran pastor very much. (You can read my mom's middle name, Emada, on her confirmation certificate. Doris made up this unusual middle name, a combination of Emma and Ada, the first names of Joyce's maternal step great grandmother, and her paternal grandmother.)

On July 1, 1950, Rev. Griffith performed the wedding ceremony of Paul Orshoski and Joyce Parker, and later he would baptize several of the children of Joyce and Paul. 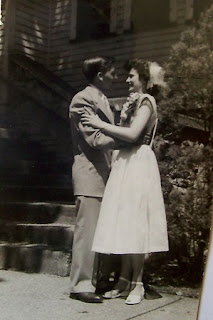 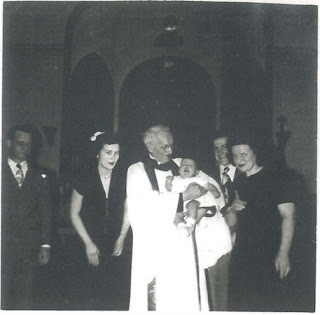 After a long battle with cancer, and my mother knew her days here were soon to be over, she called on the present pastor of Sandusky's St. Paul Lutheran Church to be the minister at her funeral service, along with the pastor of the church where she had been been attending for several years. Joyce took her confirmation seriously, and she never forgot the tenets of faith that she learned from Rev. J.A. Griffith that were based on the Lutheran catechism. She passed on many of the Christian values and scripture verses that she learned to her children, grandchildren, and great grandchildren.
Posted by Dorene from Ohio at 9:27 PM

Thanks so much Carol! Mom was so deeply ingrained in the Lutheran faith! And Rev. Griffith, who confirmed her, was a dear man.

Your portrait documenting your mother's religious life moved me so much. Such dignity and love in the portait and, I suspect, the woman.

Thanks for your kind words! Mom taught us so many things...she did have a great deal of dignity and love, indeed!