Gift from My Family: Memories of Christmas Past

Paul R. Orshoski,Sr., was born on July 1, 1927. His mother was 100% German, and his father was 100% Hungarian. Paul married his sweetheart, who had roots to Connecticut settlers of the Firelands, and she also had English and Irish immigrant ancestors. Their six children truly represented the American "melting pot." Paul and his wife enjoyed watching the children participate in school, church, and sporting activities. The family loved Christmas...letters to Santa, cousins to visit, "pieces" to learn for the church Christmas play, and little ones who could barely get to sleep on Christmas Eve. Here are some pictures from Christmases past. A holiday tradition was to send a family photo along with Christmas cards to family and friends. Though Paul is in heaven now, his family cherishes the time we had with him.

The family started with a baby girl. This little one never grew tired of hearing stories about "the olden days." 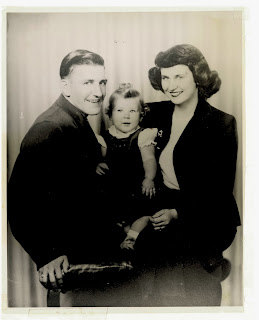 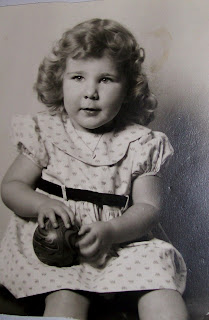 Soon a little boy came along, named after his dad. He would grow up to coach youth athletics like his dad, too. 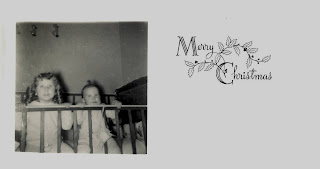 Then there were three. This baby girl would became a caring nurse in the years to come. 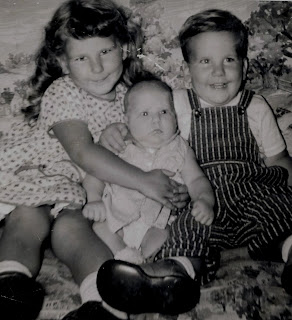 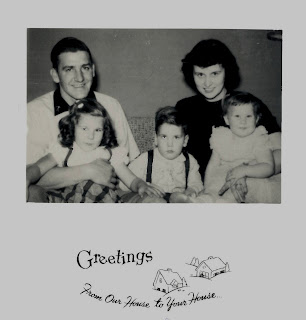 There were a lot of smiles when another little boy was added to the family. This young man still keeps the family laughing today! 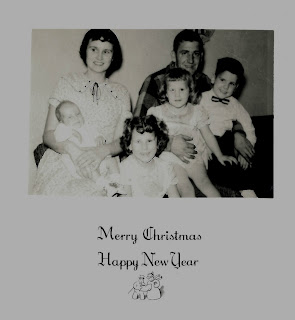 The family looks so calm, but there were hectic times more often than not. 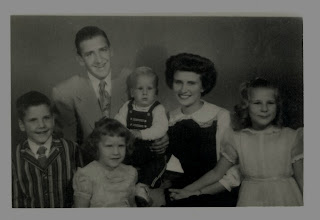 Baby "Number Five" was a special gift. He would sing "I saw Mommy Kissing Santa Claus" in Kindergarten, and later would also sing to his bride. 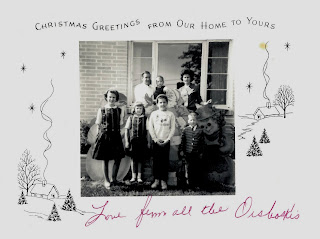 The baby girl of the family was the delight of her parents' hearts. "She keeps us young," they would say so often. 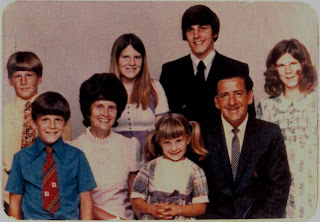 Stories of Orshoski Christmases past are now being passed down to the grandchildren and great grandchildren. Thanks for the memories, and Merry Christmas!

How fun to look at your Christmas photos through the years. Thanks for sharing.

Neat photos through the years. Super gifts, indeed. Thank do make me SMILE!

http://drbilltellsancestorstories.blogspot.com/
Author of "13 Ways to Tell Your Ancestor Stories"