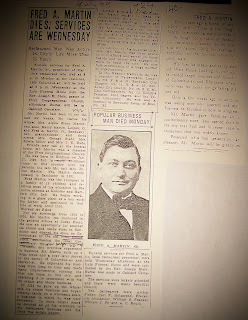 Fred A. Martin died on September 23, 1939. He had been in the restaurant business in Sandusky for more than twenty five years. Mr. Martin was born in Belgium in 1882, but he came to the United States as a young child. Fred Martin worked several summers at Cedar Point. He opened an ice cream shop and candy store in Sandusky in the old West House block, after he purchased the Ideal Confectionery. A year later, Fred moved the business to the corner of Columbus Avenue and Market Street, eventually opening the first tea room in Sandusky, in connections with his ice cream and candy business. Eventually Mr. Martin focused on the wholesale candy business and ventured into the restaurant business as well.

Mr. Martin was active in the community, serving on many boards and committees engaged in work to boost the city. Fred Martin was married to the former Alpha Steen, daughter of Charles and Sarah Milner Steen. Alpha was an identical twin to Ada Steen Parker, the wife of Leroy Parker. Fred and Alpha Martin are both buried in Oakland Cemetery in the North Ridge section. 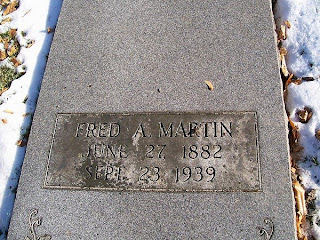 Ada and Alpha Steen are pictured below with their older brother Harry. 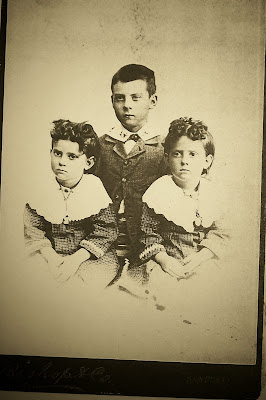 Posted by Dorene from Ohio at 5:18 AM