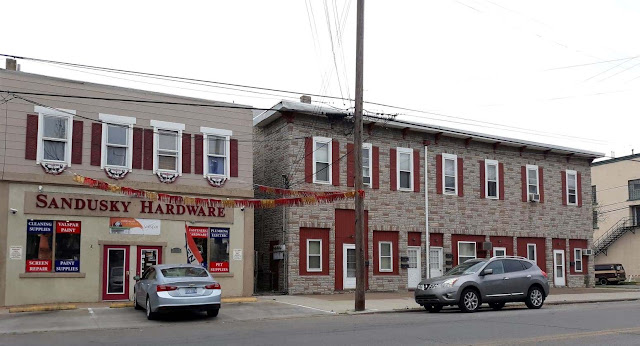 The apartment building at the northwest corner of West Washington and McDonough Streets in Sandusky, Ohio is now multi family unit. As I was leaving Sandusky Hardware yesterday, I noticed that in the little area between the hardware store and the apartment building, there appears to be some original stone exposed on the western side of the apartment unit. 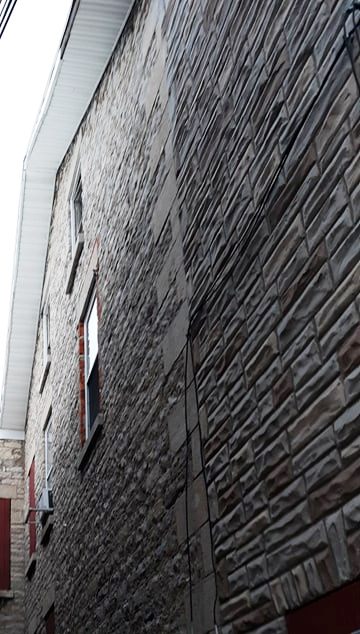 Ellie Damm wrote in TREASURE BY THE BAY that the early residents of Sandusky were thrifty, and they quarried limestone to build many of the buildings that remain in our hometown today!

At what is now 1007 West Washington Street, there have been many different businesses, before it came a residential property. In the 1860s and 1870s, Louis Bittel had a saloon here. Louis died in 1876 and is buried at St. Mary's Cemetery.


Later there was a barber shop, music store, tailoring business, and a cafe at this location, just to name a few. Below is an advertisement from from the Sandusky Star Journal of June 17, 1919, in which Leo Gerhardstein was selling an upright piano. 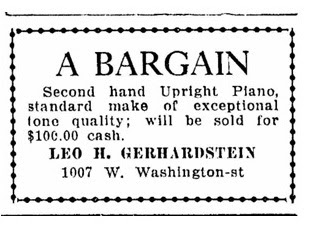 There are so many stories in the buildings (and cemeteries!) in and around Sandusky, Ohio!!

Posted by Dorene from Ohio at 9:00 AM