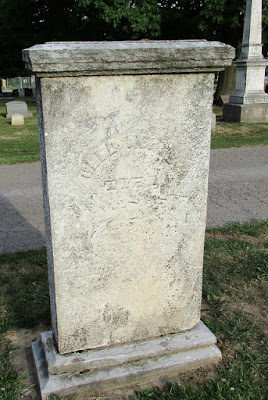 According to the book, Hale, House, and Related Families by Donald Lines Jacobus, Theodosia “Dosha” Hale was the daughter of Eleazur Hale and his wife the former Rebecca Woodruff. Dosha married Obed Keeney, of Glastonbury, Connecticut, in May of 1823. Page 587 of History of Erie County, edited by Lewis Cass Aldrich, states that Obed Keeney was born in Glastonbury, Connecticut on August 16, 1800. He and his family settled in Perkins Township, Erie County, Ohio in 1843. Obed Keeney died on December 28, 1858. Obed and Dosha had a family of seven children, but only two were living in 1889, Elizabeth, born in 1829, and Edwin, born in 1832. Mrs. Dosha Hale Keeney died in 1889. 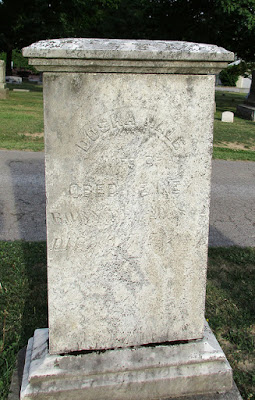 The final resting place of Obed and Dosha Keeney is Perkins Cemetery, in Erie County, Ohio.
Posted by Dorene from Ohio at 1:30 AM