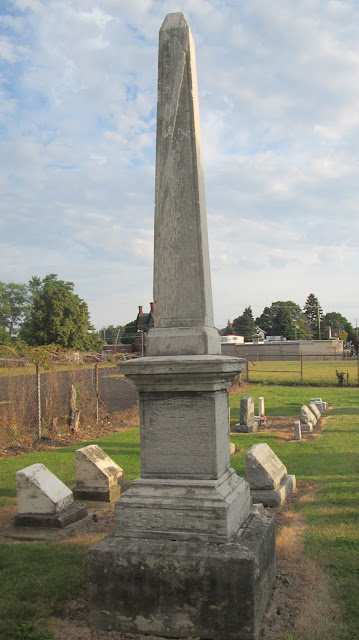 Several members of the Icsman family are remembered by this obelisk at St. Mary's Cemetery in Sandusky, Ohio. The Sandusky Register of August 4, 1873 reported that Benedict Icsman was born on September 15, 1818 in Alsace, near Strasburg. He emigrated to the United States as a youngster, and moved to Sandusky, Ohio in 1840, where he worked for the Moss Brothers Bank. After working on the construction of the railroad bridge across Sandusky Bay, Benedict Icsman purchased a saw mill. His first sawmill was in the Western Liberties portion of Sandusky. Later, he built a new sawmill at the foot of East Washington Street. Mr. Benedict Icsman died on August 1, 1873. His obituary stated that he was honest in his business dealings, and very generous and social in nature. He left behind a large family, many of whom were employed at Icsman sawmill.

One side of the monument bears the name and birth and death dates of Benedict Icsman. When he died, he was aged 54 years, 10 months, and 16 days of age. An inscription below his name and age reads "May he rest in peace." 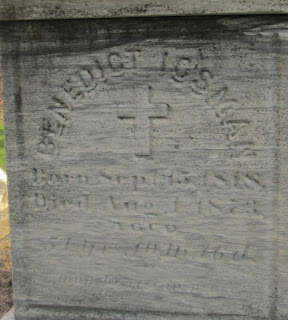 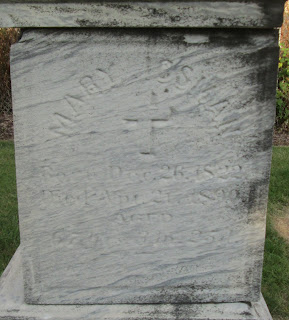 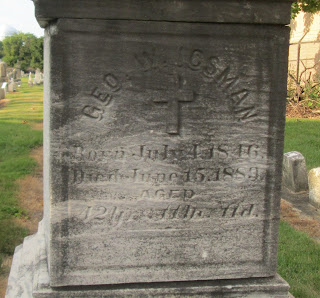 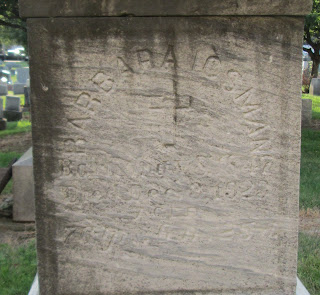