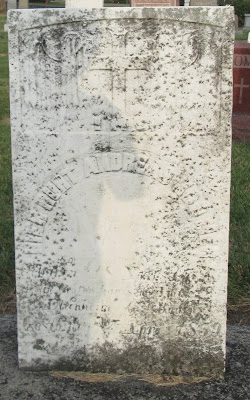 According to St. Marys' Cemetery interment records, Andreas Kromer was born on November 18, 1786, and he died on April 5, 1859. The 1850 U.S. Census lists an Andrew Kromer in Perkins Township, Erie County, Ohio. At this time he was aged 63, and stated that his birthplace was in Germany. His wife's name was Margrett. Several other Kromer family members were listed in the household, including: Ferdinand, Charles, Joseph, Andrew, and Elizabeth, ranging in age from 8 to 32. A portion of an 1863 map shows the Kromer family property in Perkins Township. The names of the sons of Andrew Kromer can be seen at the bottom center of this map fragment. 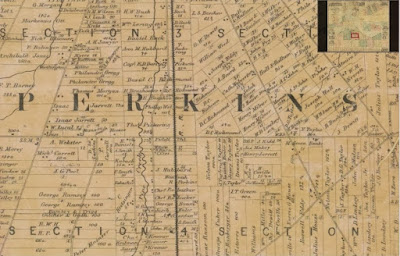 In the early 1940s, the U.S. Government bought land from several Perkins Township farmers, in order to build a munitions factory for the war. This inscription on the back of the tombstone of Andreas/Andrew Kromer states that the Kromer ancestors' tombstones and remains were moved by the U.S. Government in 1941, from their original location on the family plot in Perkins Township to the St. Mary's Cemetery in Sandusky, Ohio. 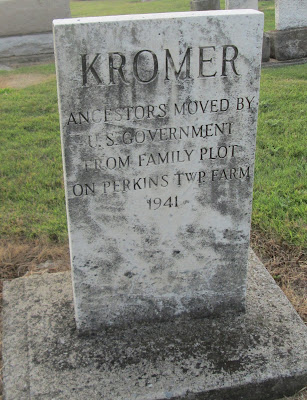