Cousins Harry Martin and Steen Parker, my grandfather, both graduated from Sandusky High School in 1927. The young men were sons of identical twins Alpha Steen Martin and Ada Steen Parker. Harry and Steen’s pictures appeared in the Fram, the yearbook of Sandusky High School. Harry was named after his mother's older brother Harry Steen, who died in 1884, and Steen's first name was his mother's maiden name. 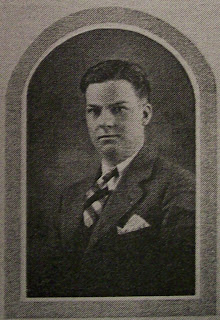 Under Harry’s picture was written: Happy Harry Martin Merrymaker. “Why worry?” is his motto, and he follows it. 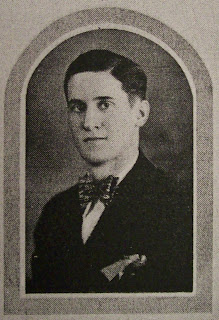 Under Steen’s picture were the words: Steen Seldom Pessimistic Parker. Steen surely enjoyed his high school days and we enjoyed having him here too. Harry and Steen often chummed around together, and got into more than their share of mischief, according to stories my mother told. Eventually Harry moved to Gadsden, Alabama where he married Louise, and owned and operated Martin’s Food Products for many years. Steen Parker died all too young, in 1949. He had worked at Esmond Dairy, Apex, and served in the Seabees during World War Two. 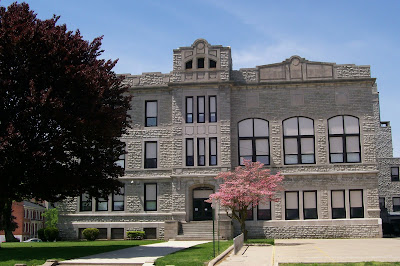 Mom kept in touch with Harry and Louise Martin throughout the years, but her father, Steen Parker, died a short time before her graduation from Margaretta High School in 1949. 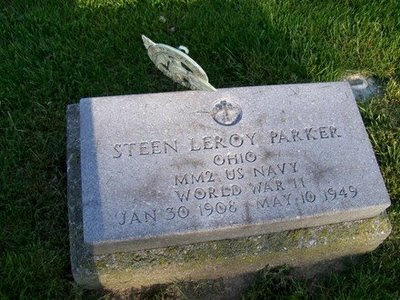 Posted by Dorene from Ohio at 1:42 AM