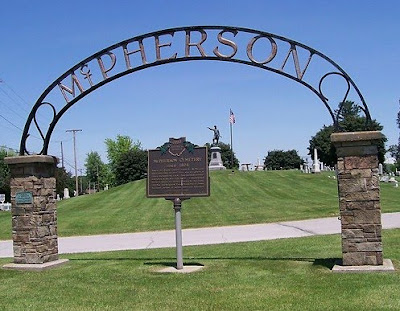 McPherson Cemetery is located at the intersection of Routes 20 and 101 in Clyde, Ohio. The cemetery is named for James B. McPherson, who was the highest ranking Ohio soldier to die in the American Civil War. 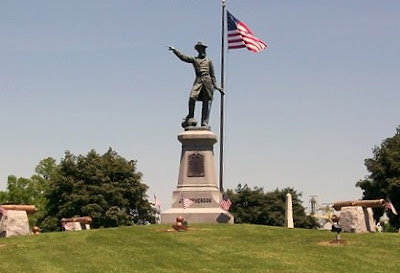 The historical marker at the McPherson Cemetery points out that several other significant individuals are buried at McPherson Cemetery, including George Burton Meek, the first U.S. serviceman killed in the Spanish American War, and Congressional Medal of Honor recipients Charles H. McCleary and Rodger W. Young. Emma Anderson, mother of author Sherwood Anderson, is also buried at Clyde's McPherson Cemetery. 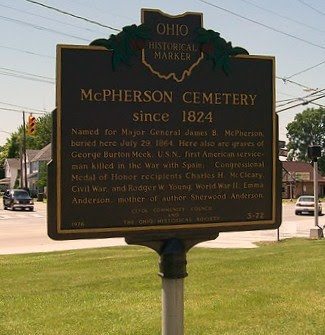 Over 500 interments have been listed on Find A Grave for McPherson Cemetery.

Sadly, in August of 2010 vandals did thousands of dollars of damage to this beautiful cemetery, which features so many historic monuments. You can read news articles about the destruction done to tombstones at the McPherson Cemetery at the websites of the Sandusky Register and the Toledo Blade.
Posted by Dorene from Ohio at 2:46 PM