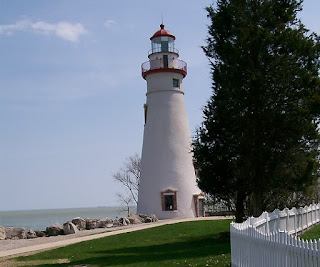 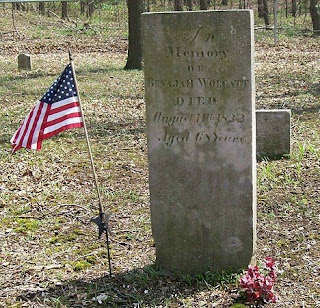 Benajah Wolcott was a veteran of the Revolutionary War, and one of the area’s first settlers. Benajah and his wife, the former Rachel Miller, and their family lived in a stone cabin a short distance from the lighthouse. The cabin, now known as the “Keeper’s House,” was built by stonemason William Kelly. Mr. Kelly had also been the mason in charge of building the Marblehead Lighthouse.


Benajah Wolcott died of cholera on August 11, 832. After his death, his wife Rachel became the lighthouse keeper. Seasonal tours are available of both the Marblehead Lighthouse and the Keeper’s House. 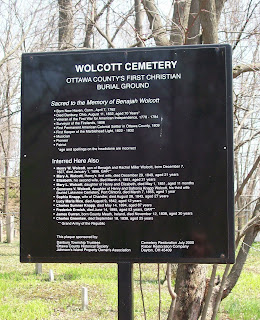 The Wolcott Cemetery is located about a half mile behind the Keeper’s House. The cemetery is open to the public, but there are chains on the gate that need to be unfastened and reconnected after your visit. Surrounding the cemetery is undeveloped wooded land, resulting in a very peaceful setting.

(Click on the image to the left, for an enlarged view.)

What a beautiful lighthouse.