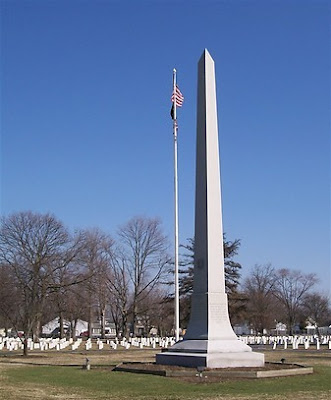 There is a large cemetery on the grounds of the Ohio Veterans Home in Sandusky, Ohio. The facility was formerly known as the Ohio Soldiers' and Sailors' Home. The institution was built between 1886 and 1887, primarily as a result of the members of the G.A.R.'s concern for the well being of Ohio's aging Civil War veterans. On November 19, 1888, the first seventeen residents arrived at the Ohio Soldiers' and Sailors' Home; all were Civil War veterans. Originally, the home provided the veterans with housing and food services. Beginning in 1950, the Home began providing nursing home care as well.

A search of the Civil War Soldiers and Sailors System retrieved the name of Royal W. Lane who served in Co. B. of the 103rd Ohio Volunteer Infantry. 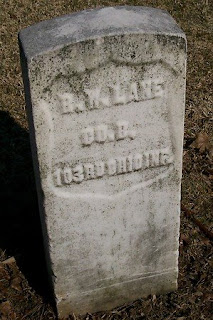 Edwin T. Thorson served as a sergeant in the 15th Minnesota Infantry during the Spanish American War. 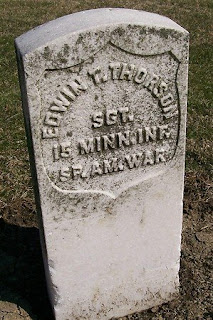 Several photographs of the Ohio Soldiers' and Sailors' Home, taken by Ernst Niebergall, are available to view at Lake Erie's Yesterdays. Death records of the veterans who died at the Ohio Veterans' Home between 1889 and 1983 are available at the Archives Research Center of the Sandusky Library.

As I viewed the hundreds of tombstones which represent the lives of so many who served our country, I was filled with gratitude for the sacrifices of the men and women of our Armed Forces. 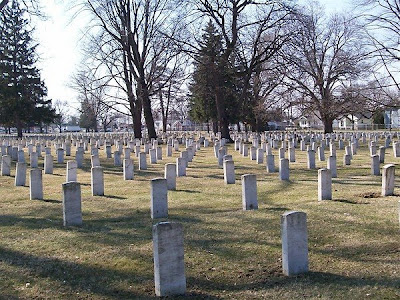 Dorene, this is a fantastic post. I was greatly touched as I read it and looked at the photos. Our veterans deserve our gratitude! Thank you.