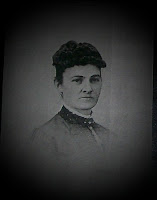 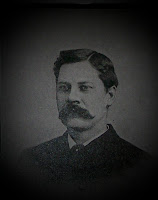 Charles F. Steen was born in Erie County, Ohio, in 1857. His father was an Irish immigrant who died when Charles was an infant. (He was murdered by bandits, and his body was found in Sandusky Bay.) His mother, Lorenda Stevens, was the daughter of one of Erie County’s first teachers, Charles Stevens.

In 1874, Charles Steen married Sarah Milner. Sarah had been born in Michigan, but was adopted by Henry and Huldah Westfall Milner when she was quite young. Charles and Sarah had a farm in Perkins Township, where they were charter members of the Perkins Grange. They were very active in the Methodist Church, known as the “red brick church.” Mr. Steen also served as President of the Erie County Agricultural Association.

Mr. and Mrs. Steen had four children, Harry, who died young; twins Ada and Alpha; and Rollin Steen. Ada Steen married Leroy Parker, a farmer and concessionaire at Cedar Point. Alpha marred Fred Martin, a local candy manufacturer who had been born in Belgium. Rollin married Mildred Brooks, and he had a long career as an educator in Ohio.To the right is an image of Mr. and Mrs. Steen in their later years. Pictured below are Charles and Sarah Steen, with their daughters Ada and Alpha and son Rollin, in the early 1900's. 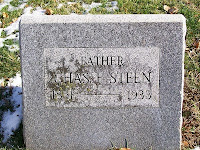 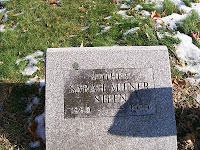 Posted by Dorene from Ohio at 4:28 AM