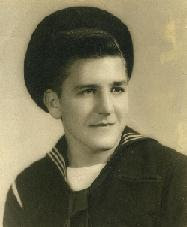 Paul R. Orshoski was born to Steve Orshoski and Emma Yeager Orshoski on December 1, 1927 in the small town of Bay Bridge, Ohio. He served in the United States Navy during World War Two. He married Joyce E. Parker in July of 1950. They were the parents of six children. Paul was a plumber by trade, and he was very active in coaching youth baseball. He was a terrific fund raiser, helping out the Bay View Recreation Department, Margaretta Band Parents, United Way, and many other organizations throughout the years. He was known for his wonderful sense of humor, compassion, kindness, and being an all around "good guy."

In March of 1983, Paul lost battle with lung cancer. He is buried in Perkins Cemetery in Erie County, Ohio. He is still missed by family and friends. 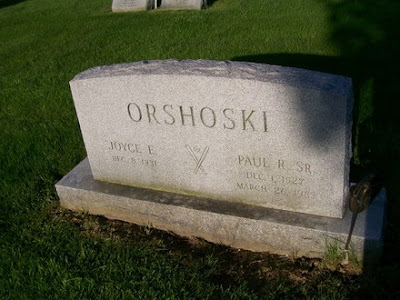 Below is a photograph from about 1935 with the five children of Steve and Emma Yeager Orshoski sitting in order, from youngest to oldest: Clifford, Donald, Wayne, Paul, and Alberta. 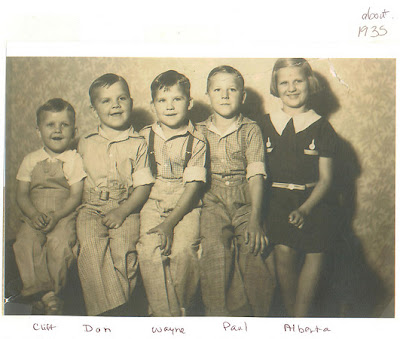 Tom Stauffer wrote a touching tribute to Paul Orshoski, Sr. in 1976. Sadly, Tom passed away in the prime of his life, as did Paul. 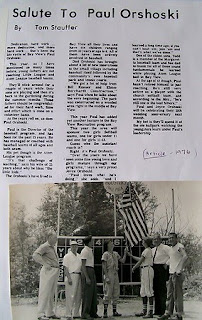 Click on this link for a larger view of the article.
Posted by Dorene from Ohio at 8:16 PM