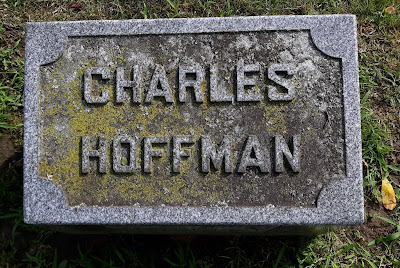 Charles J. Hoffman was born in Sandusky, Ohio to parents of German descent, Daniel and Philippina (Fuchs) Hoffman. He worked in the family coal business, and also was associated with the Hoffman Manufacturing Company in Sandusky. One of the items made at the Hoffman Manufacturing Company was an elevating truck. Below is a portion of the patent for the truck. 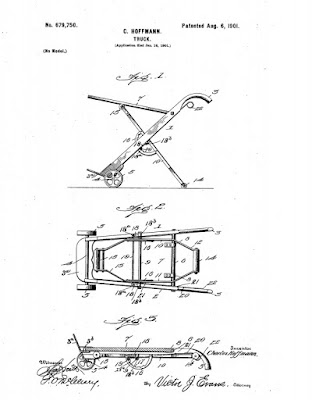 Charles Hoffman and his wife Katie Rittman Hoffman were the parents of four children. On October 4, 1941, Charles J. Hoffman died at University Hospital in Ann Arbor, Michigan. He was buried at Sandusky's Oakland Cemetery. Charles J. Hoffman had been widely known in Sandusky, Ohio. An obituary for Mr. Hoffman appeared in the October 4, 1941 issue of the Sandusky Register Star News.

Posted by Dorene from Ohio at 1:30 PM