A Blessing Came in the U.S. Mail 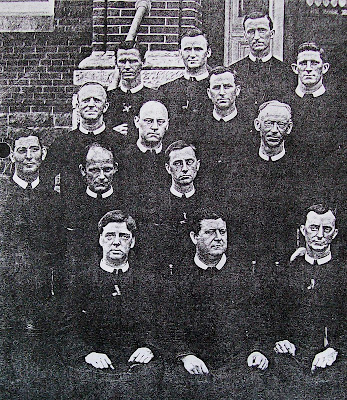 An Archivist with the Xaverian Brothers from Massachusetts mailed a special photocopy to me through the U.S. mail. It is from the Sixth Provincial Chapter, held in Baltimore, Maryland on June 26-27 1908. My great great granduncle, Nicholas Charles Cross, is pictured at the far left of the picture above. He later became known as Brother Sulpicius. As it was explained to me, the Chapters were held by persons in ministry in the Catholic church, so they could discuss the issues of the time.

I was so delighted to see this picture of Brother Sulpicius when he was a young man. He was about 40 years of age in 1908. Along with the photocopy of this 1908 picture was some information about the ministry of the Xaverian Brothers. Thank you so much my Archivist friend in Massachusetts! 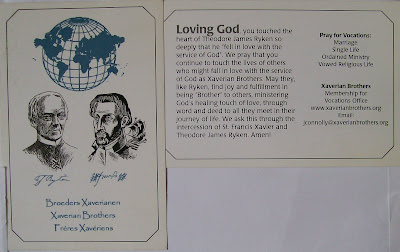 Posted by Dorene from Ohio at 5:37 PM