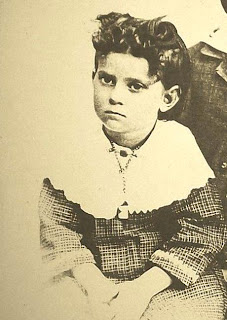 On February 3, 1880, Ada Steen and her identical twin sister Alpha were born to Charles and Sarah Steen of Perkins Township, Erie County, Ohio. On March 1, 1901 Ada married her sweetheart Leroy Parker, and they raised a family of four children. Leroy and Ada Parker had a large farm, and they were active in the Methodist Church and the Perkins Grange.

According to the February 13 issue of the Sandusky Register, on Tuesday, February 12, 1935, Ada Parker was the hostess for the monthly meeting of the Perkins Civic Improvement Club. Luncheon was served at 1 p.m. with table decorations in the “Valentine motif.” Each member of the civic club received a Valentine, and also a comic Valentine poem which they read aloud. Mrs. Parker led the program for the afternoon, which focused on the members’ favorite poets and composers and their works. Ada Parker also read several humorous selections at the meeting. 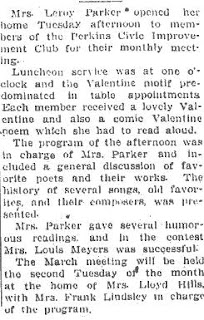 Leroy Parker had served on the committee for an all day meeting of the Perkins Grange in February of 1917, which featured an oyster dinner and a Valentine Party. The topic for the February Grange meeting was “A Day with our old Readers,” and the title of an essay read at the meeting was: “Are Farmers’ Wives as Proud of Their Husbands’ Profession as Other Business Men’s Wives?” A brief report about the Grange meeting appeared in the February 17, 1917 issue of the Sandusky Star Journal.

It seems that Leroy and Ada were lifelong Valentines, as they were married for over fifty years. Their interest in literature and humorous poems was passed down to several of their grandchildren and great grandchildren. 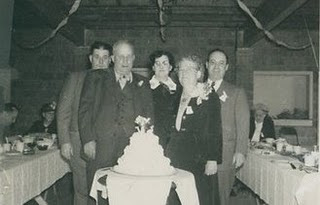 Descendants of Ada and Leroy Parker are very thankful for the rich family heritage they helped us all to appreciate. 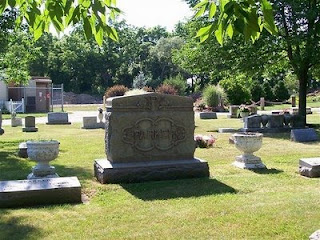 Posted by Dorene from Ohio at 4:21 AM